Along with the current reigning king the Kia Seltos, the MG Hector has also tried undyingly to make an impact in the SUV market. Considering the sales of KIA which was hovering above the 10000 mark month after month since launch, the Hector did not do so well but has gotten off to a steady start with over 3000 units every month. 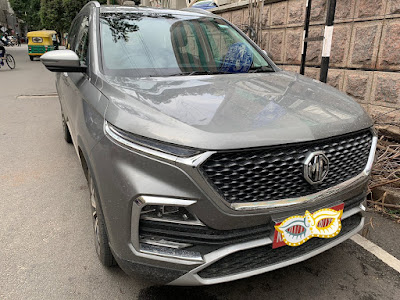 So how is the Hector as a car, and is it worthwhile to buy one if one has the budget is the course of the further discussion in this post. I will also speak about the sales a bit as we go along to analyse the car, the manufacturer and other aspects.

Much has been said about the car by now since its launch. The fact that it seems British but its not. The fact that it is in fact Chinese (SAIC) and there is really nothing British about it, etc. We have by now come across all these comments in social media and news that people have started to perceive the car already in different dimensions. 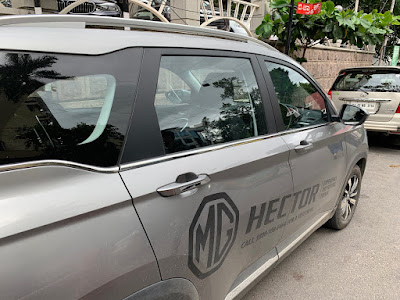 The car in itself is a piece of art which I have not seen in a long time since the solid builds of the European vehicles that India saw during early and mid 2000s. It is also massive (perhaps due to offering a 7 seater in the guise of a 5 seater). It is definitely a looker and even if a year elapses, it would still  hold its stance on the road. It is bulky, burly and would surely make people give way when driven. The reason it tends to look this good is due to the narrow DRLs on a huge body putting it in the likes of the fortuner.

The car itself is mighty powerful as is evident due to the wonderfully crafted 2000 cc fiat engine. No doubt the engine gets gruff and noisy if revved hard and beyond 3500 rpm or so, but for normal cruises at high speeds, it is at best a purr and nothing more. The engine manages to lug along the heavyweight body without making any fuss. 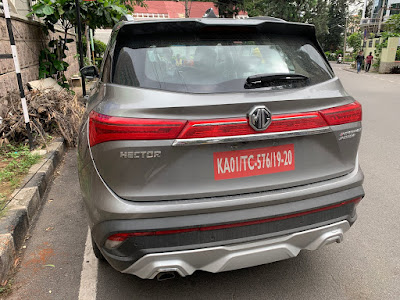 The power and torque combination is at whopping 170bhp and 350Nm torque for the diesel manual version which is my only interest for this article. One expects that this would mean great low speed drivability but I soon found out this to be wrong. Unfortunately if I were to nitpick on something about this car, it would be the slightly hard clutch and improperly tuned second gear throw which makes it fussy in day to day stop and go traffic. No proper half clutch or smooth clutch and the need to constantly shift to first gear makes this car not a great one within the city. Again I am speaking about the diesel, but the petrol manual and petrol auto are better here. 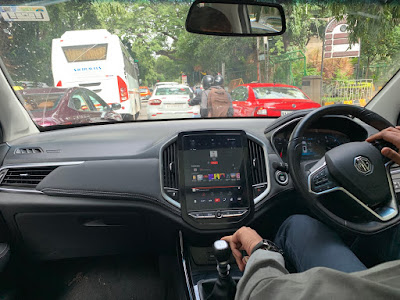 Both Seltos and MG are selling crazy numbers because of the tech features they have on offer. People are always euphoric about something new that comes up in the market and this is most of the times the reason a person wants to go for a new car. MG Motors does not disappoint here.

The hector is an internet connected car which allows you to start a car or roll back the sun roof and set airconditioner temperatures, etc through the app on the phone. Maybe more things can be done as well - the manual will list all the features that can be controlled thus. Other than this the Hector lacks features like wireless charger, or air purifier that Seltos offers. But on the other hand it does come with many things you would expect in a car of that price (17-22 lacs on road Bangalore based on version). 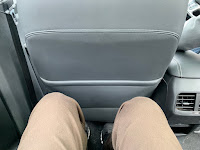 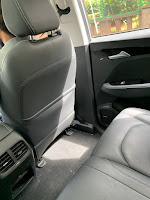 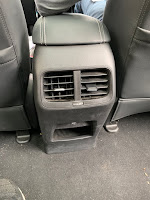 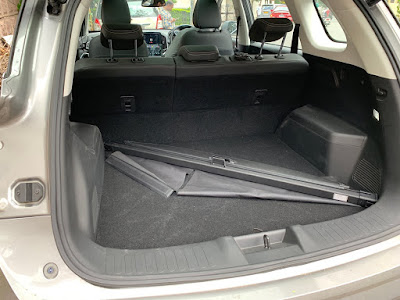 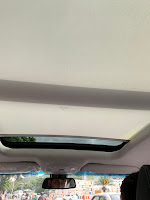 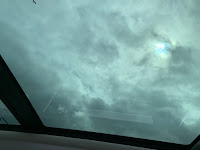 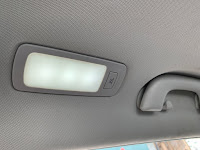 The Hector offers a pliant ride and the passengers are cocooned from all the road undulations  which is mostly due to the 17 inch alloys and good suspension. While the power and torque allow you to unleash the beast on the highway, in city roads the car still does surprisingly well and is well composed at lower speeds too.

Surprisingly I did not find any body roll in the rear row at all and it was mostly muted to some degree thereby offering passengers comfort. Many reviews so far have pointed out that the rear seat thigh support isn’t as good as expected with hector but the massive leg space between rear seat and front more than makes up for it.

The cost of the hector is between roughly 15-22 lacs on the road in Bangalore and for this price, it is definitely a good buy in that segment. There are really no major competitors to this car in that price range. And no, Seltos isn’t a competition since it cannot compete against a 2000cc 170bhp monster with its 1.5 115bhp engine. The only real comparison would be with Tata Harrier which by the way is also a great vehicle but the proportions of the Harrier are somehow too big as compared to the Hector.

Also Harrier misses out on well implemented tech stuff that must belong into 2020. The unnecessary bulk, and the body roll in Harrier does not give it an edge. I also felt that the interiors were a bit lacklustre .

So then the next question about warranty and peace of mind. Hector has it  covered until 5 years unlimited kilometres for now. So any part malfunctioning will be replaced without breaking your bank hopefully. That said there are reports of MG dealers harassing customers that the part going bad was due to customer’s bad driving habits. In these cases, the truth is only half told and there is no good way to find out what was really the case. By and large I feel MG would be bound to adhere to warranty terms if they need their brand name to remain as a good perception among buyers.

There have been a lot of reports about mileage concerns with Hector. This is mostly true for the petrol manual and petrol automatic versions.  But with the diesel manual the car returned a respectable 9kmpl in very peak traffic and so it may go to 14kmpl on highways. This is good for a 2000cc 170bhp vehicle. The petrol mileages have been to reported to be terrible.

Should you buy the Hector?

Short answer: If you have the money then yes for its brute power, great handling and very safe body. You should not buy this for mileage or for the fact it is a Chinese vehicle with an Italian heart.  Hopefully the warranty cover will bring some peace of mind, but a lot remains to be proven with respect to the way they handle services of the vehicle. Nothing is known about average service costs and so on.

Did you buy the hector? Are you planning to buy one? Let me know in the comments below.