A visit to the KL tower, Malaysia

An evening at the KL Tower, Malaysia 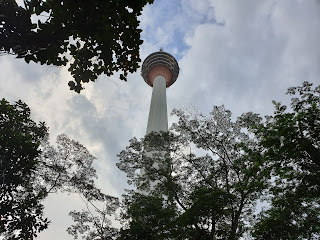 We were tired after a long journey from the airport to the city and after taking sufficient rest in our serviced apartment which I had written about earlier (you can read it here), we decided to quickly make a dash to the KL tower. This was pretty nearby to the Vortex suites and though it is walkable there is a bit of elevation as you approach the tower and it is not entirely possiblet to climb so much unless you are fit. 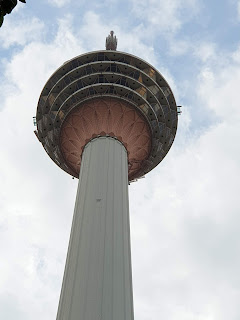 Taxi is a better way to reach the top and it should not cost you too much. There are two floors to the tower one being the observation deck only and the other having a restaurant and an open air observation deck from where you can see the city much more freely for photography purposes. The observation deck is fully housed in glass and hence provides for very less photography opportunity in a clarity sense. 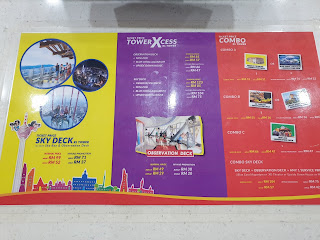 The tickets are sold on either individual or combo basis. The observation deck for 2 adults and 2 kids must set you back about 150-170RM (1RM = 17Rs) whereas if you opt for other packages you will end up paying more but get to see other things such as aquarium, upside down house, and mini zoo. There is a normal queue and a priority queue for those who booked using booking sites such as booking.com. We thankfully had a priority queue entry though the number of people in normal queue were not many when we went it. However this number had swelled by the time we finished seeing the tower. 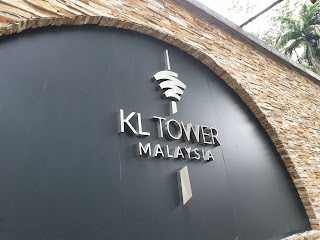 We spent a good hour going around and clicking photos of KL’s landmarks including the Petronas towers which is visible from one of the sides and I somehow found taking a photo of the twin towers from KL tower better than the other way round. It was just a choice between the two keeping costs in mind and I chose the KL tower this time. 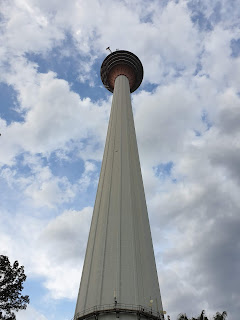 Besides the KL tower observation deck, there is information and souveniers available everywhere around and you can buy them if you wish. The latest trick of having your photo taken and processed for you will earn those guys a few ringgits and make you poorer by that much as well. These are not photos that you yourself cannot take or process but remember everyone may not have access to good phones or cameras and for some, the moment captured in a pic is just what they need in return for some cash.