Why I will not purchase a Honda Mobilio ! 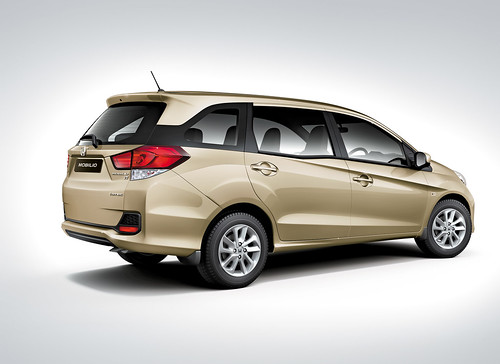 After a rather long while I decided to finally hit the road to get to the Honda showroom. The reason was my urge to test drive their new Mobilio MUV which has been generating so many raves for the past few months. Some said its the most stylish MUV, some say its an Innova killer, so it was actually time to investigate it for myself. Without wasting much time I reached the showroom on time and there was hardly anyone willing to ask me what I needed at Dakshin Honda. Maybe it was a Sunday morning, or maybe they had too many bookings, no one knows the true fact, but whatever be the case, I would have preferred some more attention.

Now straight to the car itself. The diesel that I was looking at was the V(O) model which had all the bells and whistles such as sliding seats, airbags, music system, alloys and whatever else you wish for. My awe at the exterior was only to last a while before I entered the inside of the car. Let me explain a bit. I have noticed a common issue with all the cars and it is the steering getting in the way of tall people's driver seating. I am not complaining but personally I would have liked the steering rake to go up a bit more. So now since that does not happen, the only way to fix that is to bring your seat height down, that is if seat height adjustment was indeed an option given to you in the first place. 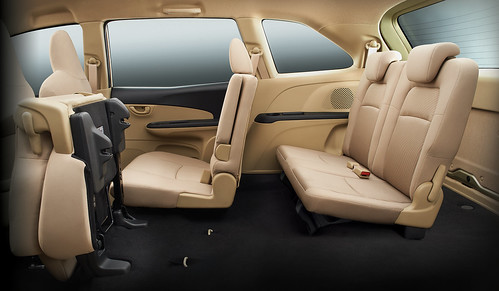 Having said that, the front row of seats were sufficiently spacious and generous. Even when the front seat is reclined, the rear passenger was not inconvenienced. How does Honda achieve it? Minimalism. Quite exactly the opposite of TATA. If anyone has to learn seating its still from TATA. period. The middle row of seats is slidable, leading to different space configurations. I particularly liked the amount of space one gets by sliding the middle row seats. Its a boon and I am not sure why car makers did not think of this much earlier on. The middle row seats are 1/3 is to 2/3 split, and they tumble nicely to become vertical. But do not get fooled by the picture with the space on the last row, I will come to that in a moment.


The middle row is best suited for only 2 people. Whether you want to put a kid in between or a teddy bear in between is your choice. But please do not put an adult in between unless you want to be shouted at for the rest of your 500km journey somewhere on a holiday. Pathetic middle occupant space is the way to put it. The whole reason mobilio sells is due to the 6th and 7th seater space at the back. However, to my utter dismay neither could I comfortably get into that space nor could I actually get out of the space easily. It is so absurd that even thinking of putting the kids into that space requires a daily strategy of sorts.

I am really very very disappointed with Honda for trying to pass off something as ridiculous as this seating space as something mind blowing saying - 'Aap ke liye, apno ke liye' : bullshit. I did not want to test drive this car anymore after taking note of its flaws. The car I was looking at was priced at around 12 lac on the road for this version. And for 12 lac there were much better 5 seaters than a stupid 7 seater like the mobilio. Now I know many people will critique what I have said about this car, but please sit inside and you will realise that the points I made are very genuine given you are paying that amount on the vehicle. People will still tend to buy this no doubt. But for me, I need something better than my sunny to even consider it. For the rest of you who do buy it, good luck with your daily drives.

I hope your car loves you back as much as you love it. The scope of this review does not cover the drive or mileage aspects. I have restricted to first look opinions. With respect to stroage space, dashboard and roof top AC Honda have done a good job. I would have still preferred that they gave butterfly trap windows at the rear since not everyone can live with just AC and they may need a waft of fresh air at some times. The elements of the dashboard are good and simple, though I don't quite buy the argument that its bland looking. Agreed that it looks much worse than City, but its nothing to feel bad about.

The quality of plastics are really nice and I would have personally preferred a coin box or some storage stuff on the dashboard top area. Most car makers do not feel this is an option to be given, but some like Mahindra and Tata do provide the same. It is useful to store toll tickets and the small change and very accessible too. I personally like the exterior of the mobilio, specifically the rear tail lamp assembly as its a very cheerful looking design.

The mobilio is most definitely NOT an innova killer or the most stylish car of all. Design without function does not make a car stylish as I consider style to be a factor of both. For example the duster may be minimalist but might offer more function. This said, the Mobilio is Honda's first shot at the MUV segment and if they had priced the vehicle at about 10 lac they would have hit the sweet spot. With the current pricing and the obvious flaws in seating, I am not impressed.

I had stated in this post that the mobilio will not be a worthy competitor to Innova earlier. In agreement with that opinion, Honda decided to discontinue the model due to lack of demand. The mobilio also does not meet the upcoming standards for indian automobiles as well and Honda decided to ditch this model since it did not even sell a single unit in February which is a pathetic record for this segment of car.

So long Mobilio, its time to make way for the Honda WR-V !