The KIA Seltos - the drive, tech and pricing reveal

As you would have already read in my previous post I had given you an overview of the Seltos, the latest and first creation of KIA for the Indian market. What is noteworthy of the car is its multitude of variants, the tech within the car and other cool features. 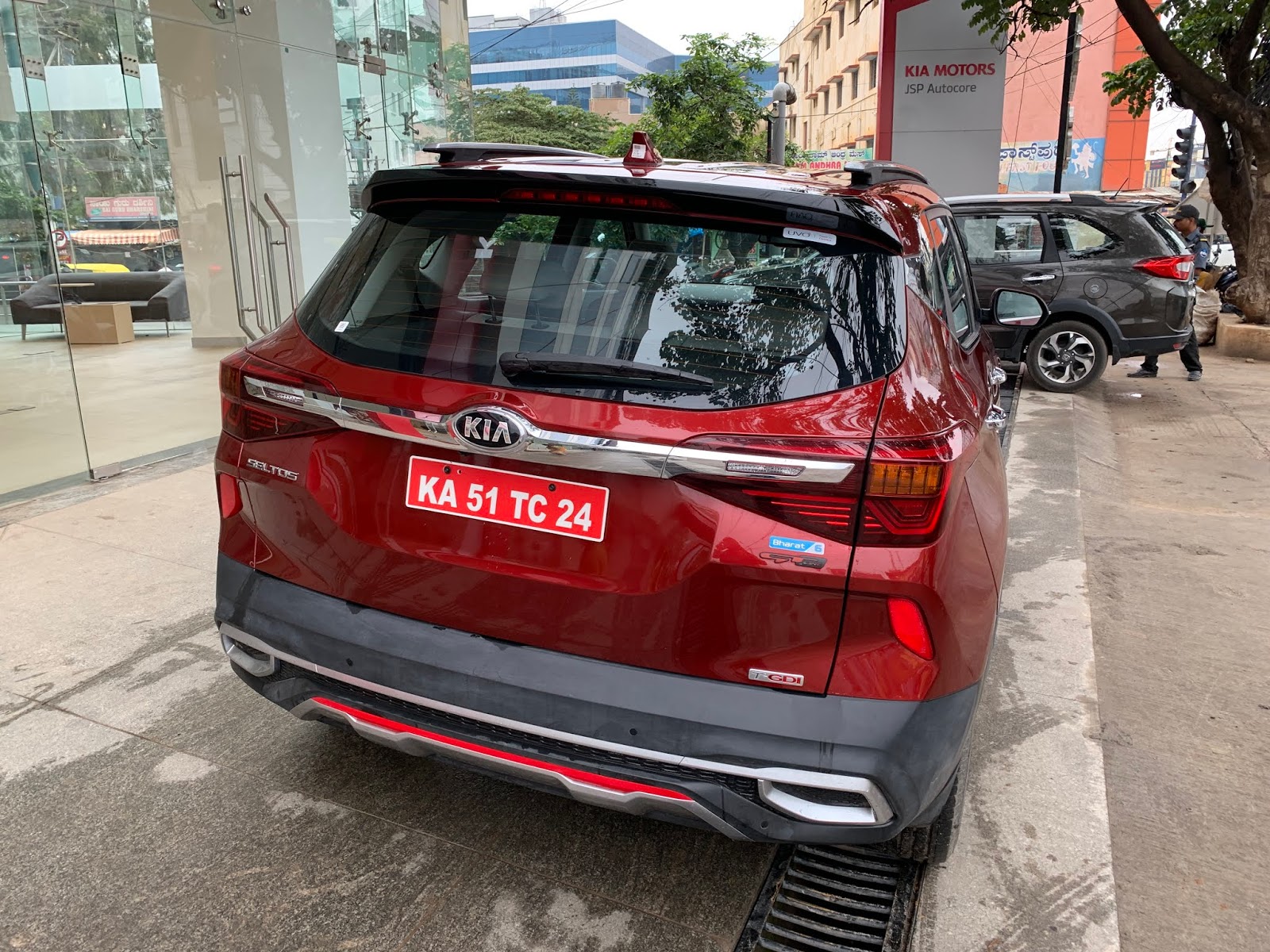 So what are we waiting for? Let us look at how the drive felt like..... 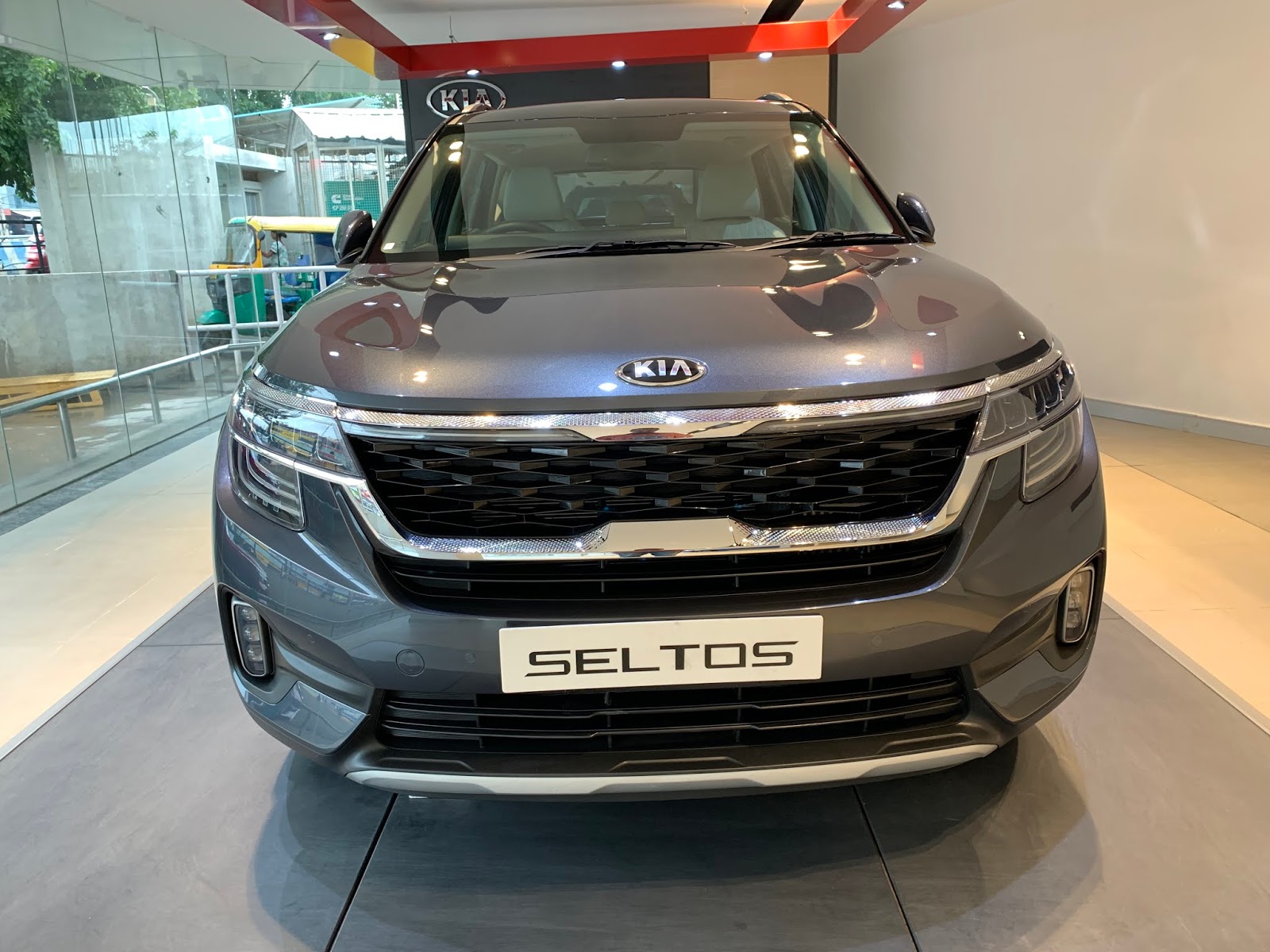 I got the GT line Diesel Manual (115bhp, 250Nm) version. It was a keyless startstopentry model so settling was comfortable. The powered driver seat was comfortable to change positions until an optimal driving position was available. It takes a while getting used to but along with this and a tilt and telescopic steering - in a few seconds I was comfortable enough. 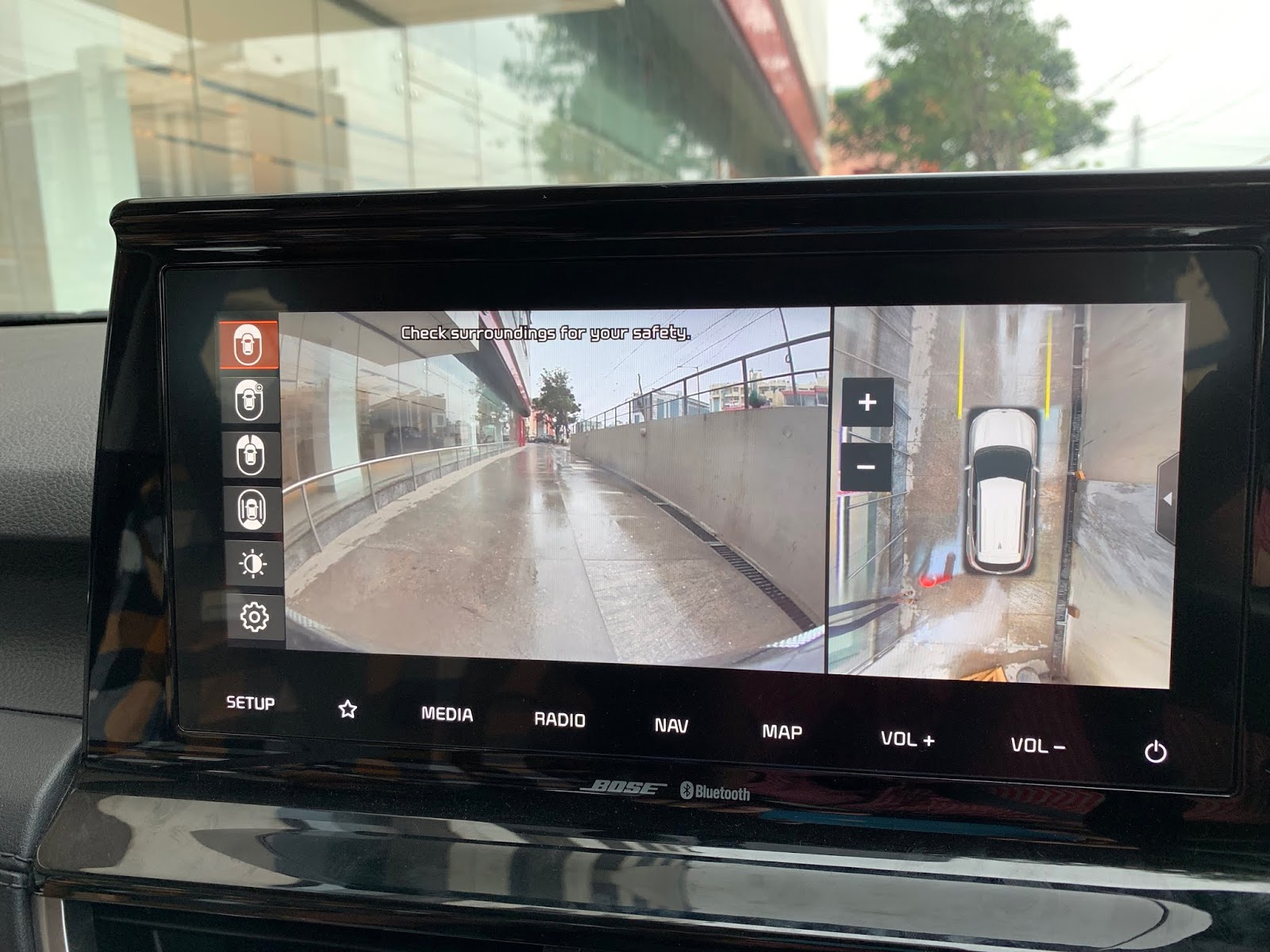 Switching the car on needs a clutch press and its better to ensure car is in neutral and hand brake on before trying something like that. The last thing you want is for the car to lunge forward by mistake. Once the engine was on, I could access the cameras which showed me all sides of the car (360 degree view) which is well implemented in my opinion. There is also a side lane camera which gets activated by putting on the turn indicator (which by the way is on the most intuitive side as opposed to american cars). 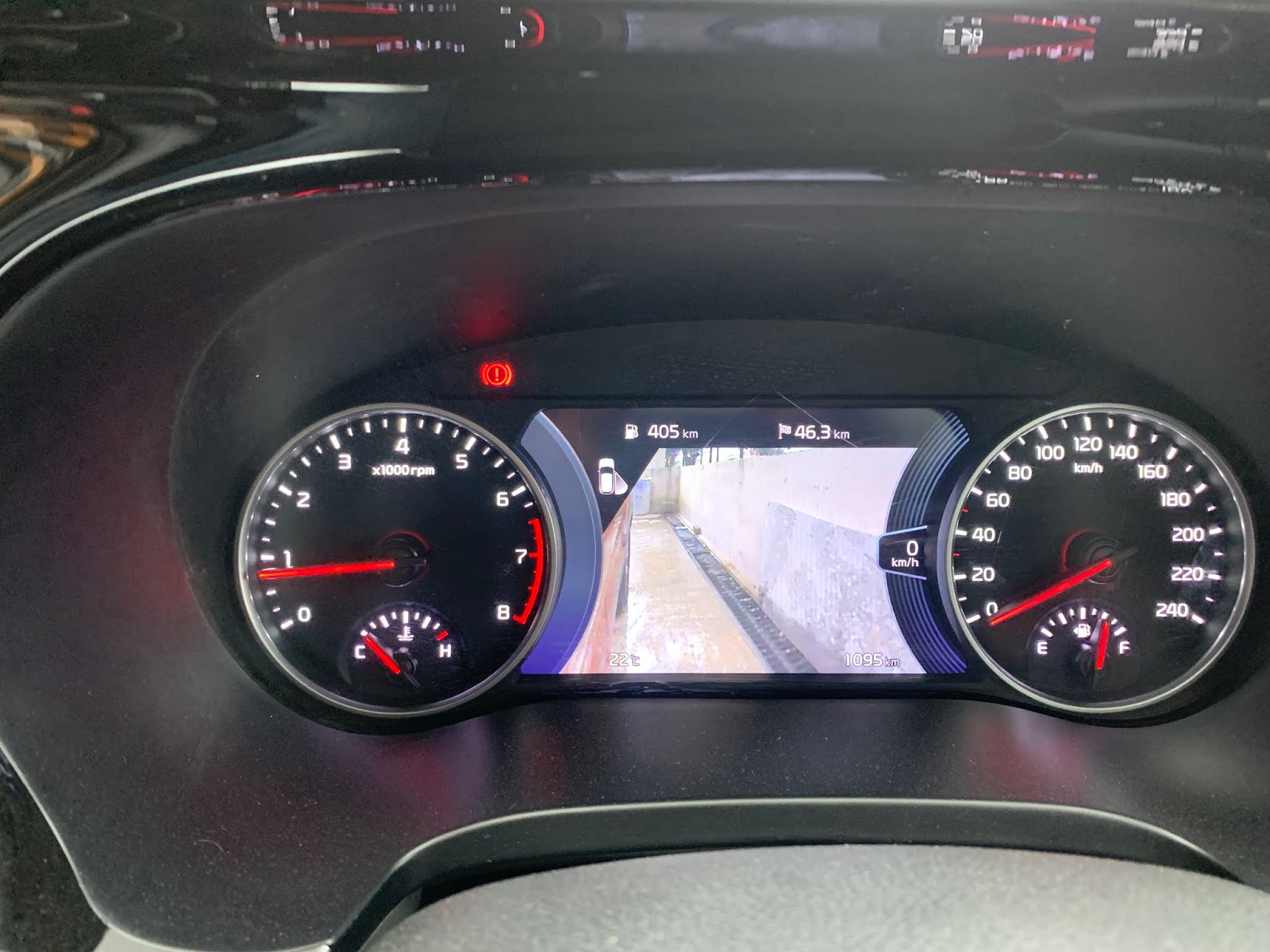 The camera tech is awesome and it would be a boon while taking the car out of cramped parking slots. However on normal driving only the lane camera is more of use on regular basis.


The engine itself is extremely silent both on the inside and outside and once you are in the car with windows closed, you would barely heat the engine. It is astonishing as to how silent this engine is if you compare it to say the 1.3 MJD in Ciaz. No gruff noise, no fuss, nothing. Just purrs. 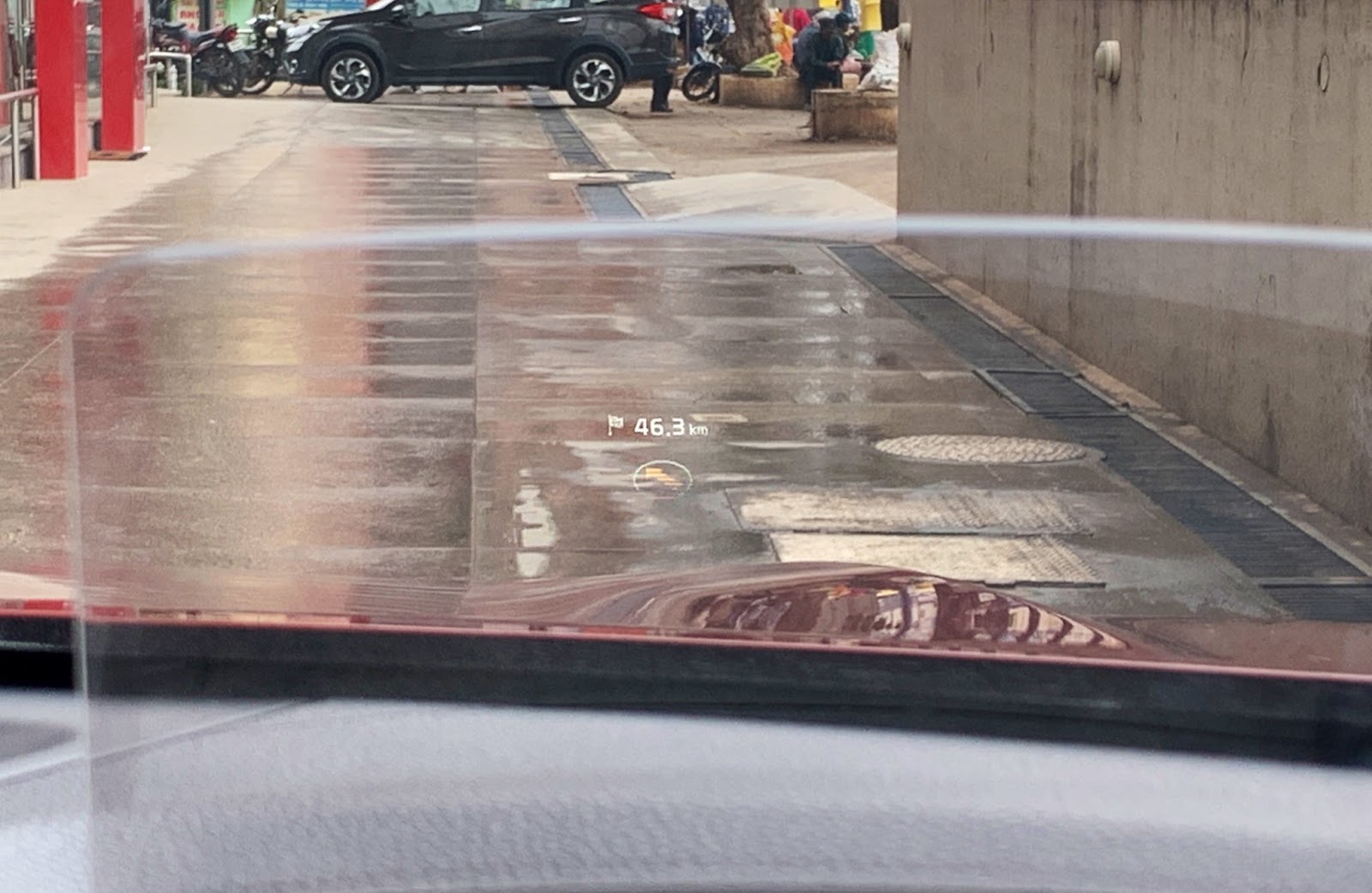 KIA offers you a heads up display which indicates speed and navigation details just beyond the steering. The display kind of merges with the road when you drive and its least intrusive. I felt the colours and fonts used in the display were brilliant and is helpful to the driver. However it can perhaps show many more things like mirroring a google map in actuals, or gear information, etc. Just the speed and road names as you drive is not so useful for a seasoned driver. 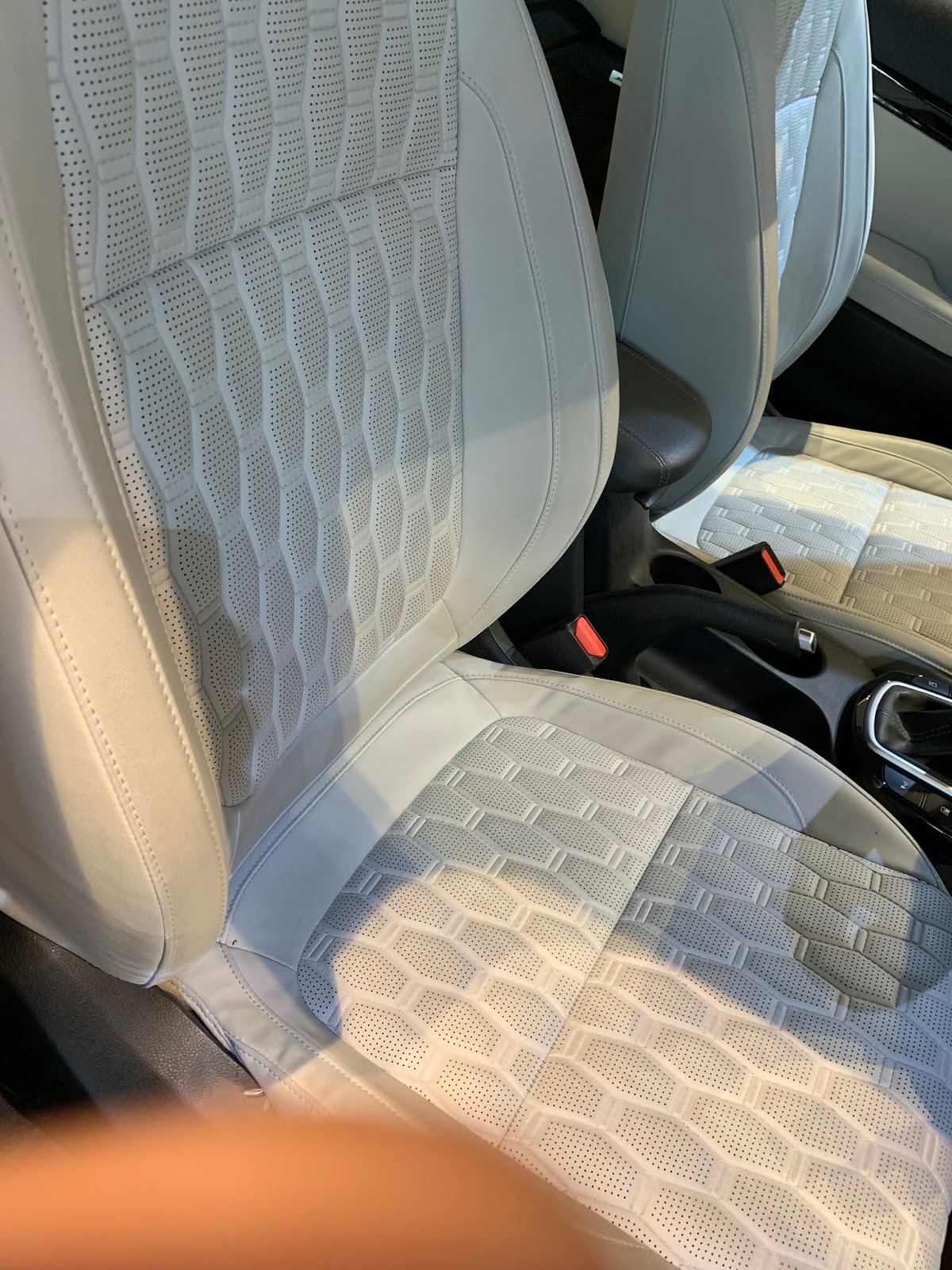 The showroom guy did open the sun roof and it is like any other car. The usual sun roof nothing much to say actually. What I felt more good was about the ventilated seats in the GT version. Imagine having parked your car in a scorching place and your seats are hot, the ventilation option blows cool air on your bottoms keeping them calm. This would prevent a lot of sweat on long runs and is generally a good to have feature.


I took a route that did not have patchy roads save for a few broken areas. It was mostly a well tarred section of the outer ring road. It is easy to slot the gear into any level you need to. Except for the second gear where a bit of acceleration was needed, in other gears the car just pulled fine. Engine is smooth at all speeds and you can barely hear it.

The car also feels confident to handle and is particularly also safe inside. You can quickly accelerate to get away from the mad rush or just amble along in any gear smoothly. The car has both the behaviours. Passiveness or aggressiveness. 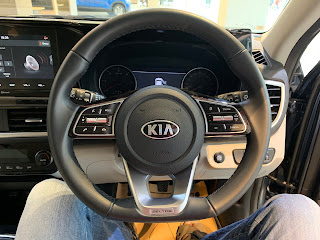 If anything decides the drivability of the manual versions, it’s always the combination of gear, clutch, engine power and torque. And here while the gear and power are fine, the torque is not so forthcoming and car needs to be accelerated a bit. This is surprising since the torque on offer is 250Nm and even with turbo lag any diesel car will show some intention to move forward from low speeds.

Coming to the clutch - only one word - annoying. It is rubbery and has pushback each time you press it. This is not great for relaxed driving as it makes you lift your left leg often from its intended position. Maybe over use it will become subdued but it is a huge deal breaker for me. It can mean life and death on choked roads of Bangalore. I felt that the clutch was jumpy even in the Tata Harrier and with a 2.0 engine you can imagine how much inconsistency it will generate on the roads.

KIA, I really feel you need to work on the clutch to make it more reasonable.

The reverse gear slot switch is another annoyance. Maybe I am biased. But let me tell you my story. I was driving a Ciaz until July and an automatic BRV from then on until now. In the automatic, there is a button below the gear knob to move from P to N to S to D to R modes. Now in the KIA they have given the same button to move to R mode. The disturbing part about this is it can be easily activated by a button press. Very easily. So if you are in forward gears and by mistake you press this and slot to R instead of 1, imagine the disaster on the roads.

KIA please please make a change and put a ring like in the FIAT Palio, or Linea. Lifting a ring to put the car in Reverse mode cannot be done by mistake and it will save drivers a lot of hassle. Please look at implementing this in a different way.

I am hoping the automatic version would be a lot better to drive with the diesel and since they did not have it yet for the test drive, I cannot say for sure yet. I am hoping to drive it sometime in the near future.

A word on possible pricing

According to rushlane the prices were leaked at a dealer event for training people on the car. And I am reproducing it here with the link to the original article as well in case you want to read it. If you look at the pricing it starts at 10 lacs for the base petrol and goes upto 17 lac for the top end GT variants in diesel, turbo and automatic. Extremely aggressive as it can kill everything in the way of this price bracket. 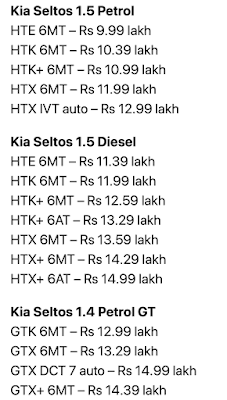 So now that you know everything about the KIA more or less, what version would you book, let me know in the comments section of this post.