A journey to Sheikh Zayed Mosque, Abu Dhabi (plus tips on do’s and dont’s while visiting the place)

Introduction to the monument

We landed in Dubai via Oman Air pretty early into the morning. If you wish to read about that experience, you can click here. Most of the next morning was taking rest due to a lengthy and unnecessary air travel which I will explain in another blog post.

The Sheikh Zayed Mosque is about a 45 minutes drive from the Dubai International Airport, it is located at Abu Dhabi which is the capital city of United Arab Emirates. 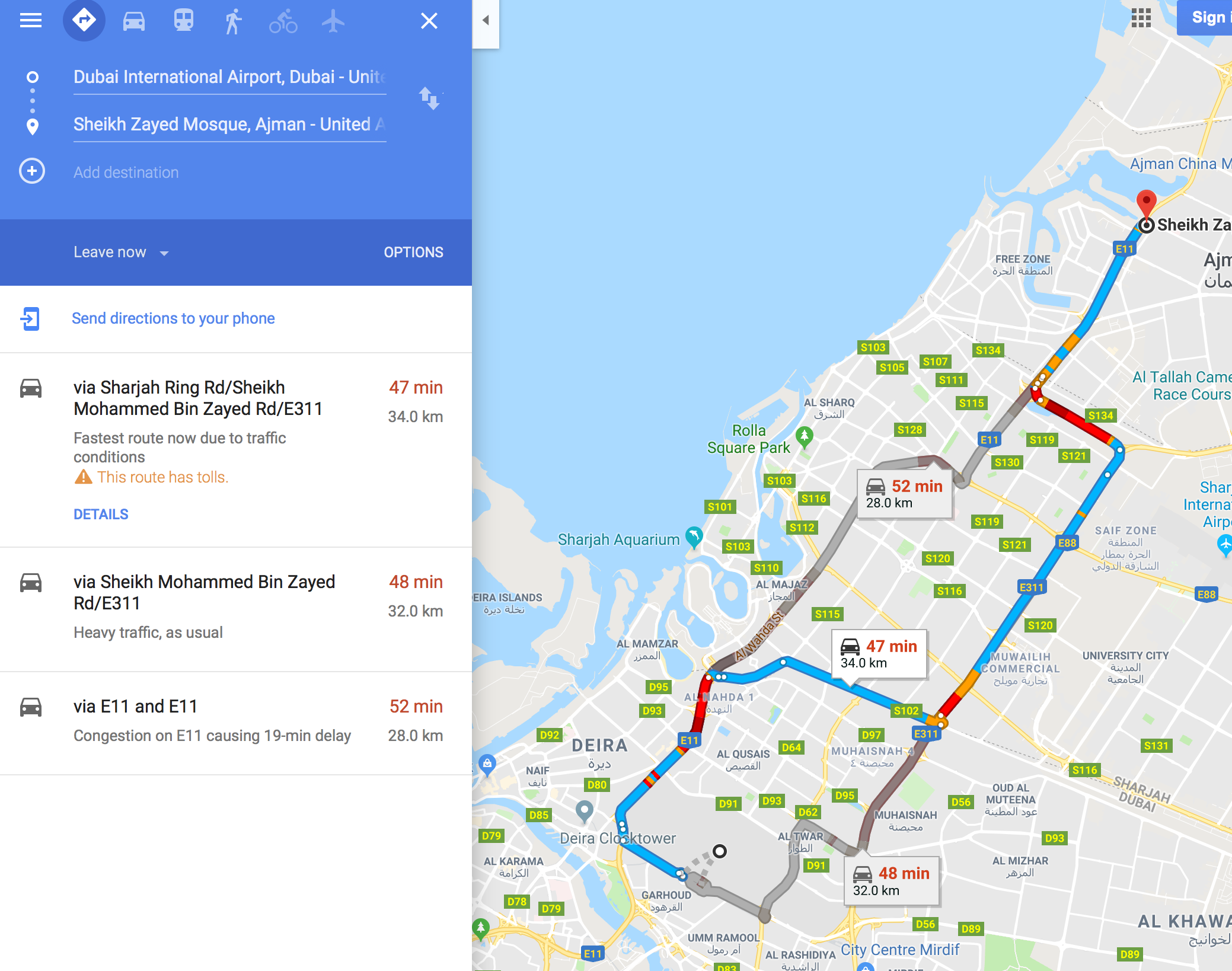 We went on an afternoon drive with a private vehicle to the mosque. At the time of arrival there were not many people there and we could get parking pretty easily but the fact remains that too in the evening hours getting parking could be a bit troublesome. 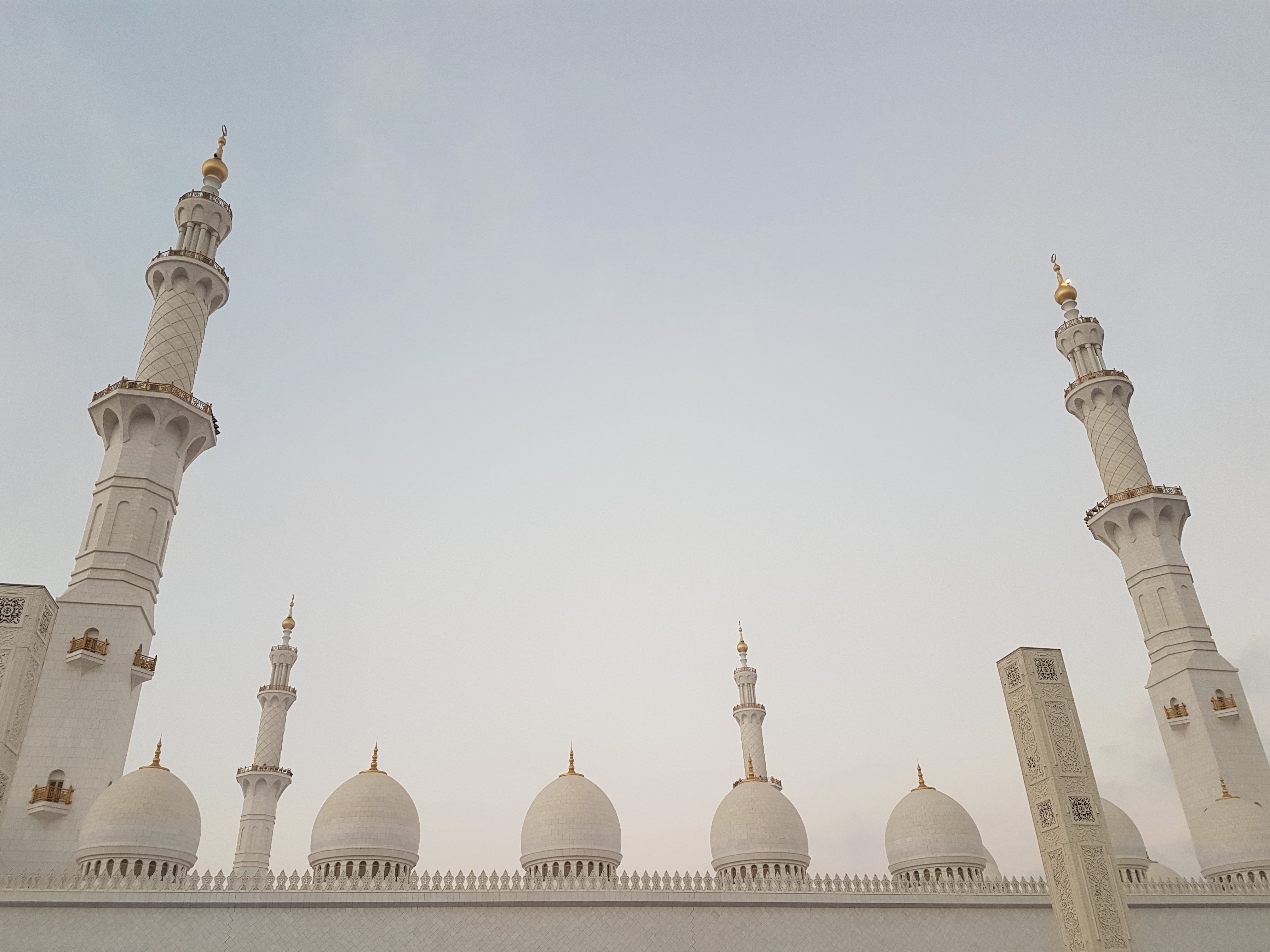 There are a lot of people who visit the mosque in the evening and the place gets pretty crowded there. Still there is ample space around the mosque and it never feels very congested.


Features of the mosque 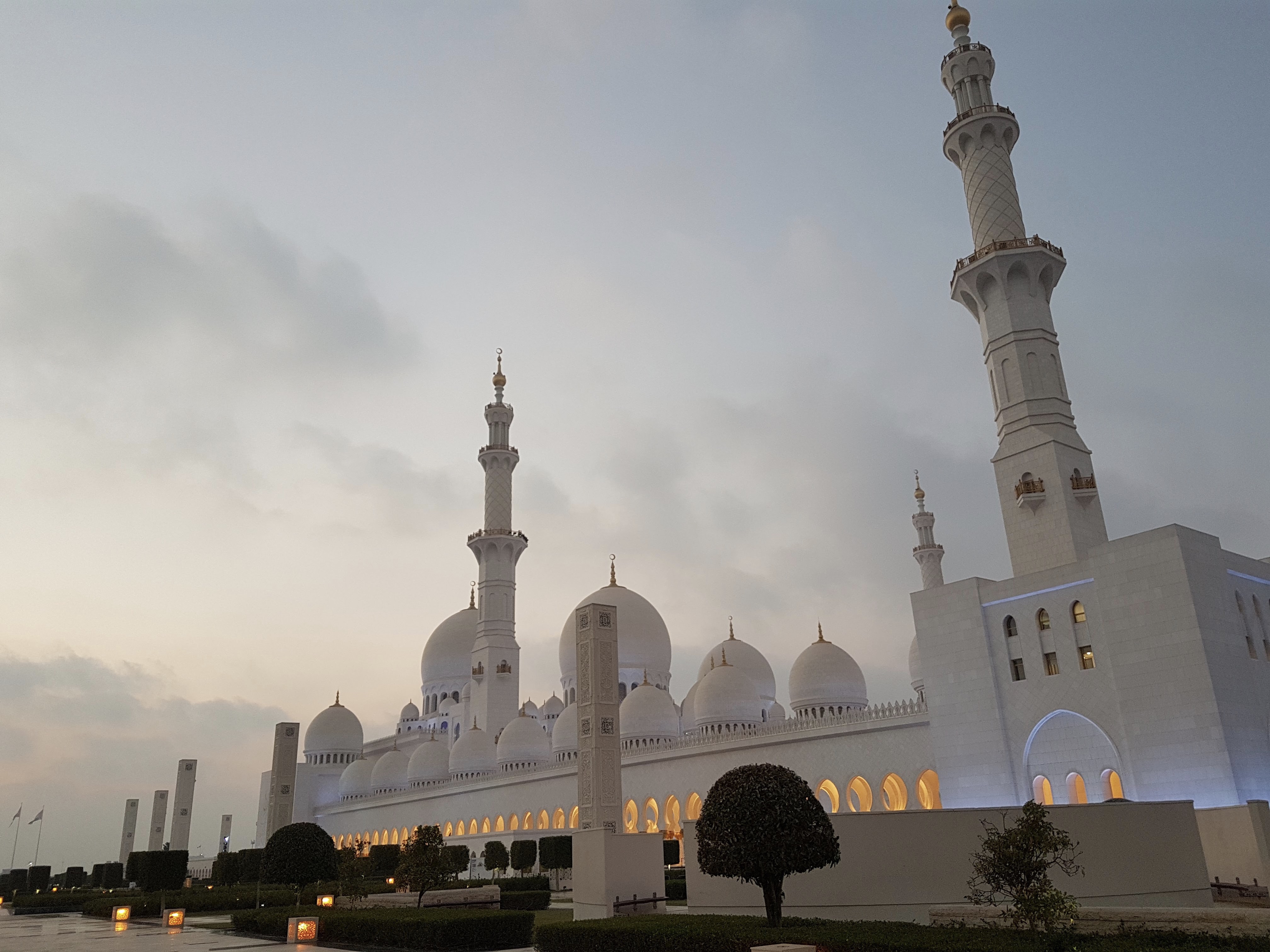 This Mosque can sometimes hold up to more than 41000 people for prayers at any given point of time. This Mosque is well known for its minarets and the architectural beauty it encompasses through its construction.

Built between 1996 and 2007 this mosque was designed by a Syrian architect, and employed about 3000 people and 38 companies to complete the construction. 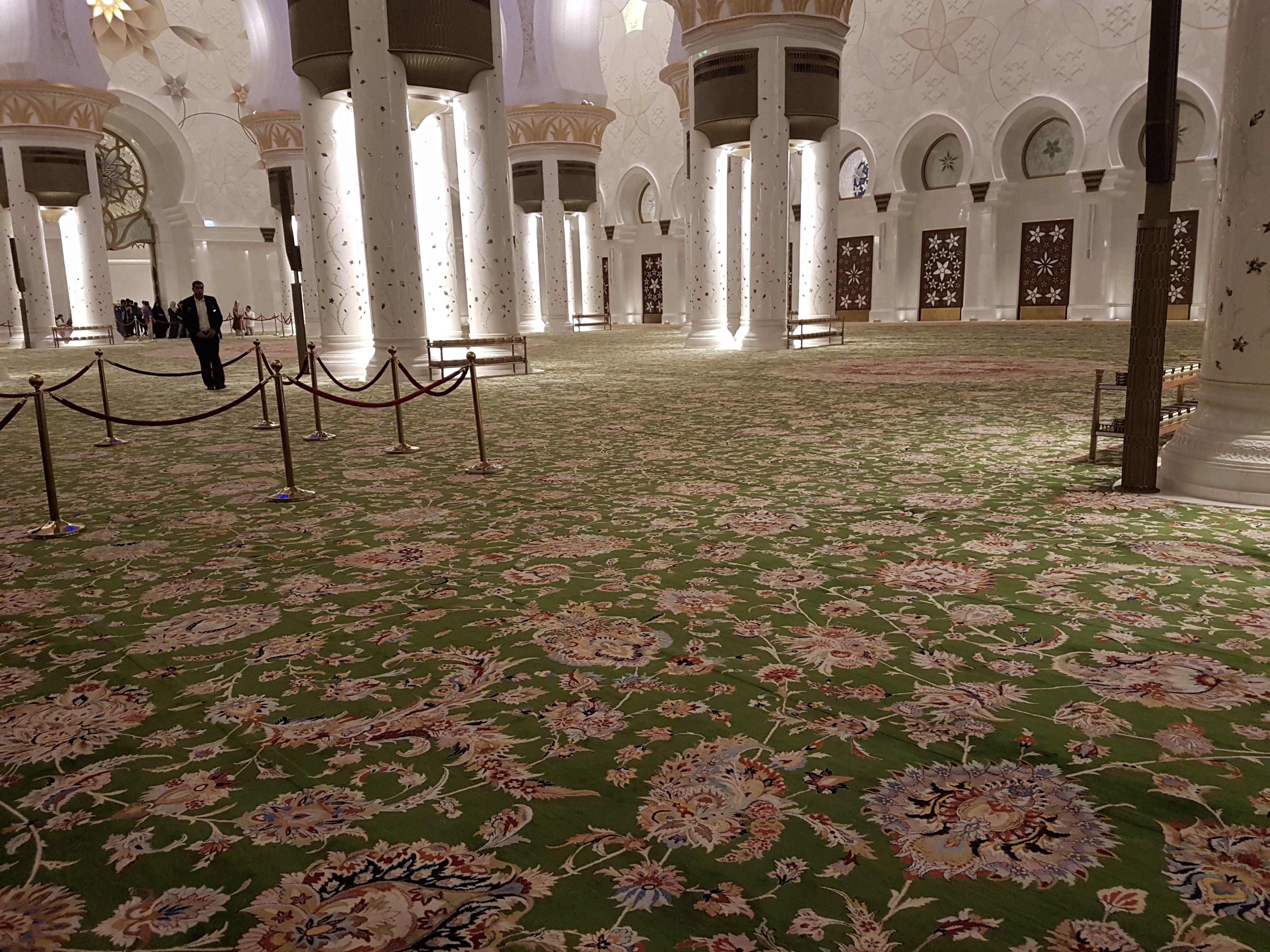 The carpet in the main prayer hall is supposedly over 60000 square feet in dimension. The carpet itself took around two years to complete and was done by more than 1000 workers. 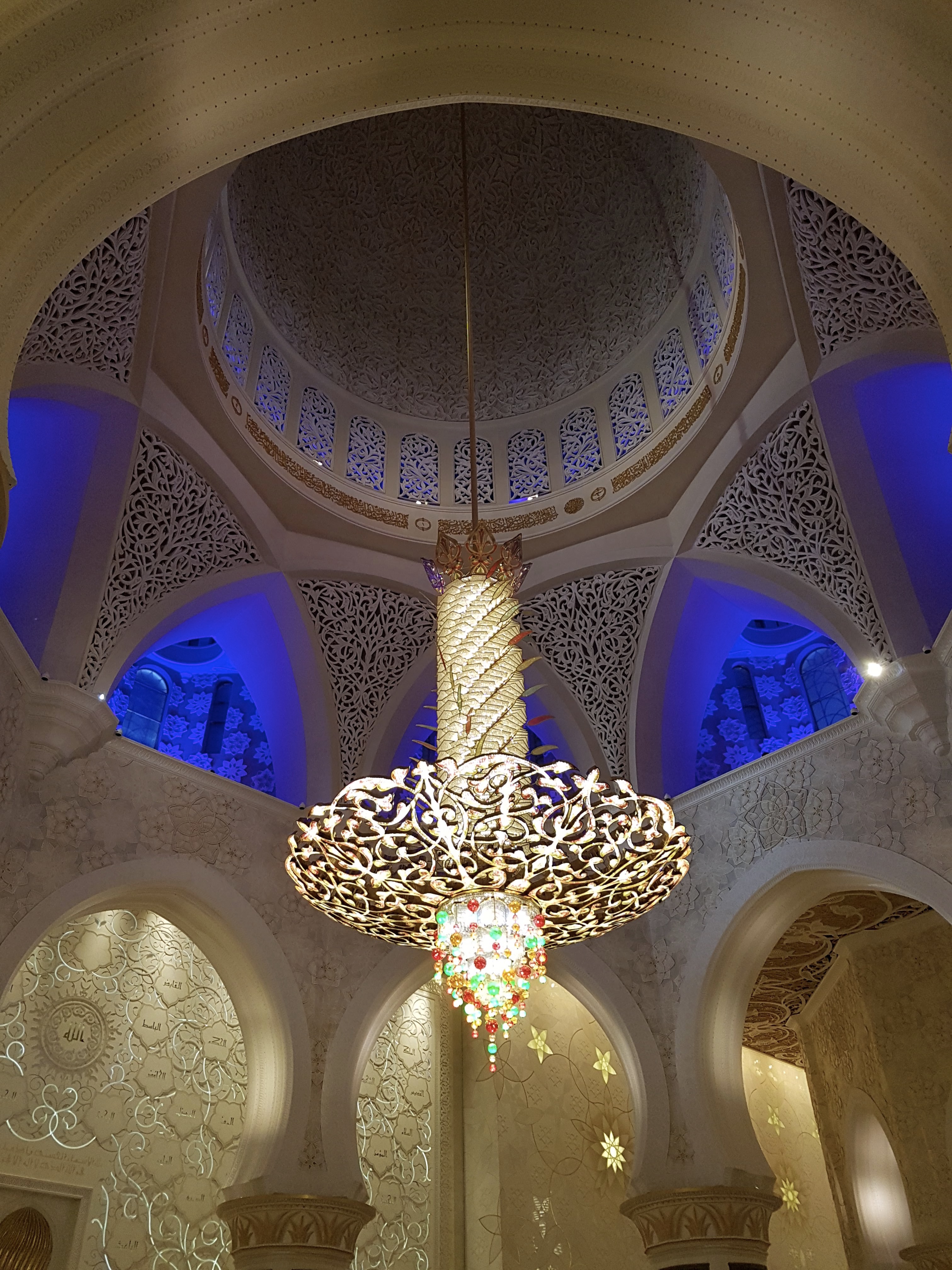 This Mosque has seven imported chandeliers from Germany including the world's largest that incorporates millions of Swarovski crystals. 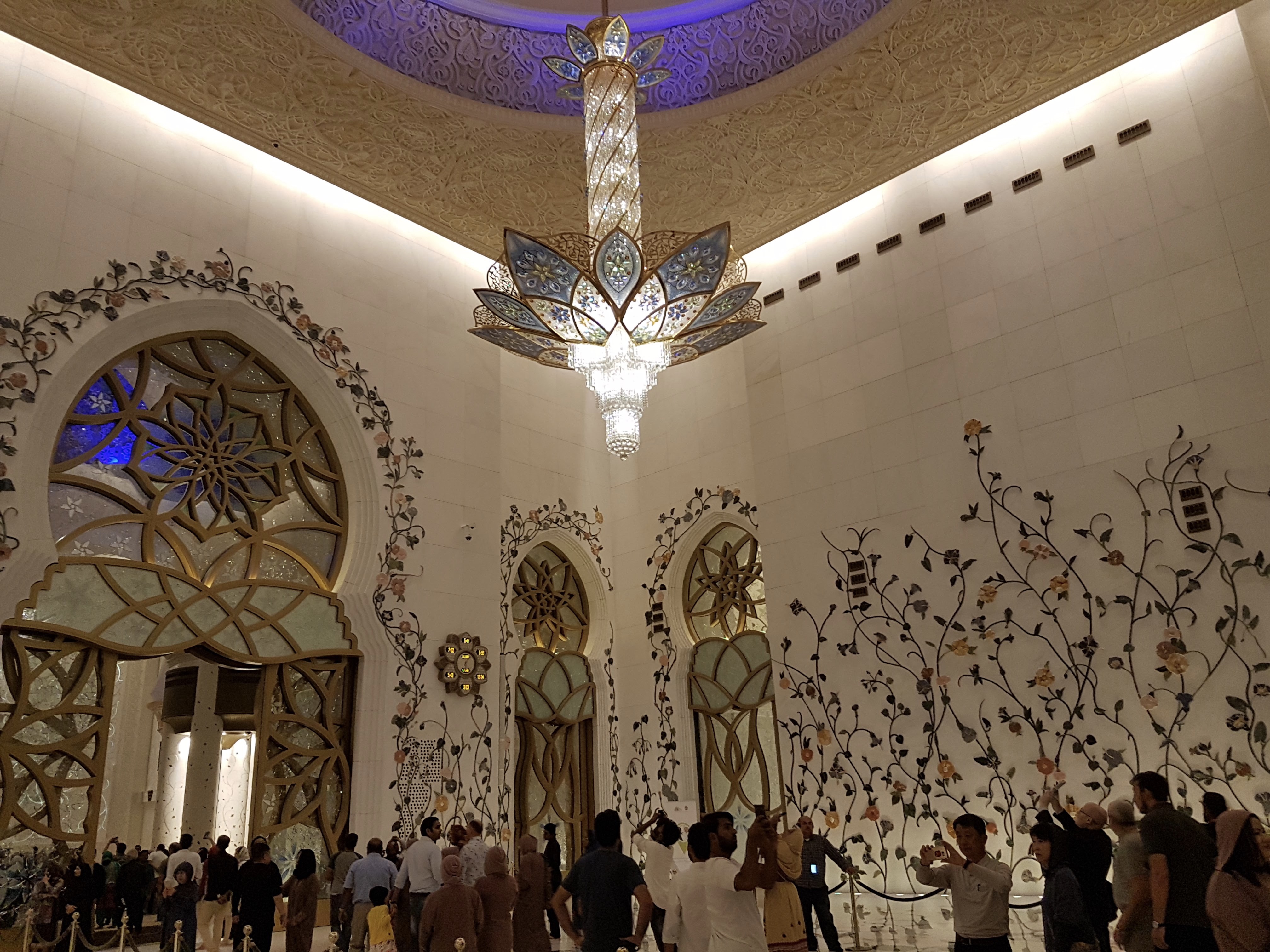 The chandeliers are awe inspiring and people usually slow down to spend some time staring at the beauty of the architecture. At one point in the hall all the three chandeliers can be seen one behind the other.


Highlights about the mosque 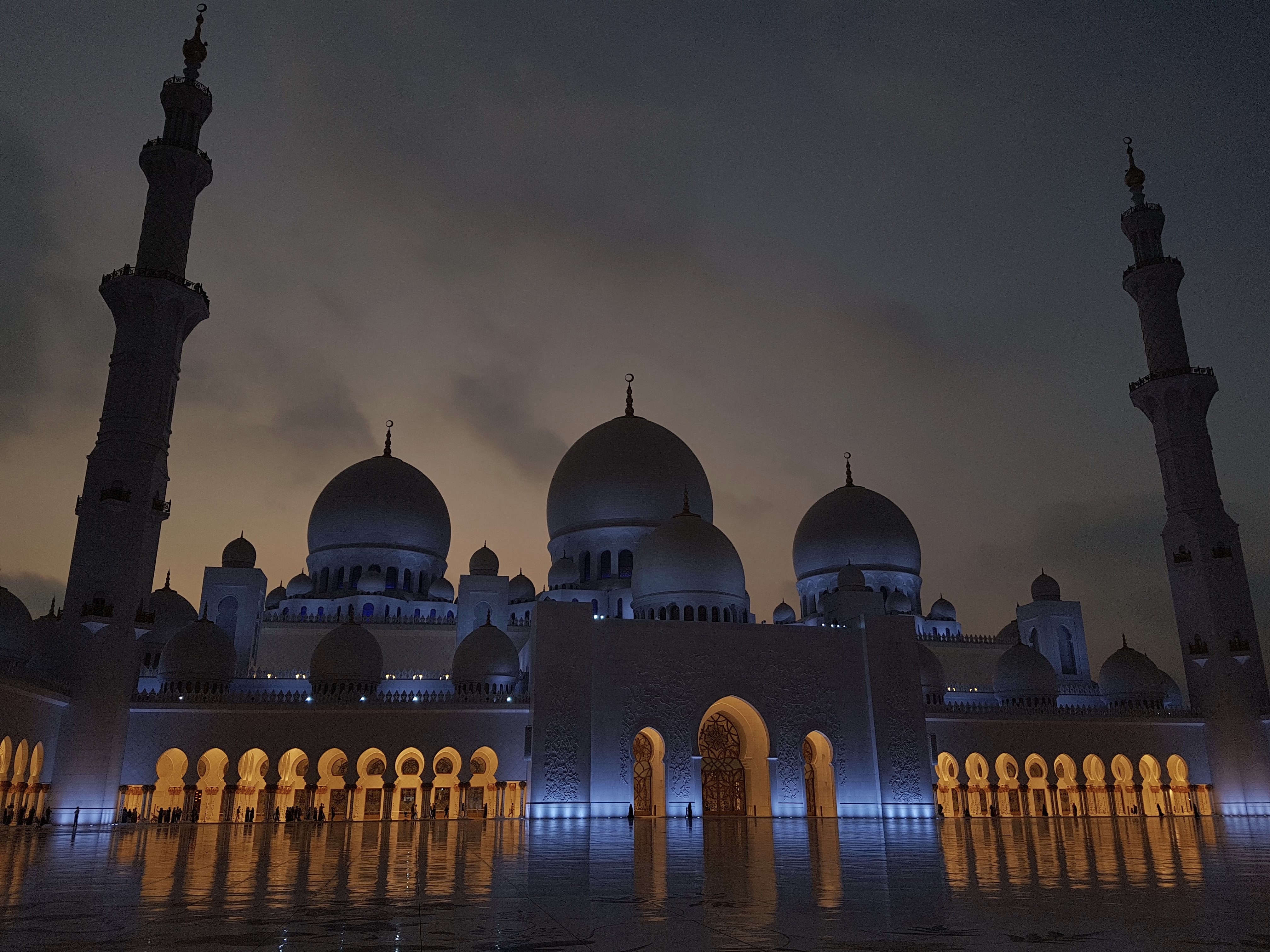 The minarets of the mask and the central courtyard make the mask and astounding beauty to look from far away. No matter whichever angle you are looking at it from, you can never seem to get enough of seeing the mosque.

There are wide walkways with small lights on both sides which illuminate the pathway during the night. There is also an area where there are small fountains which make it very nice to see and spend some time around, specifically for kids. 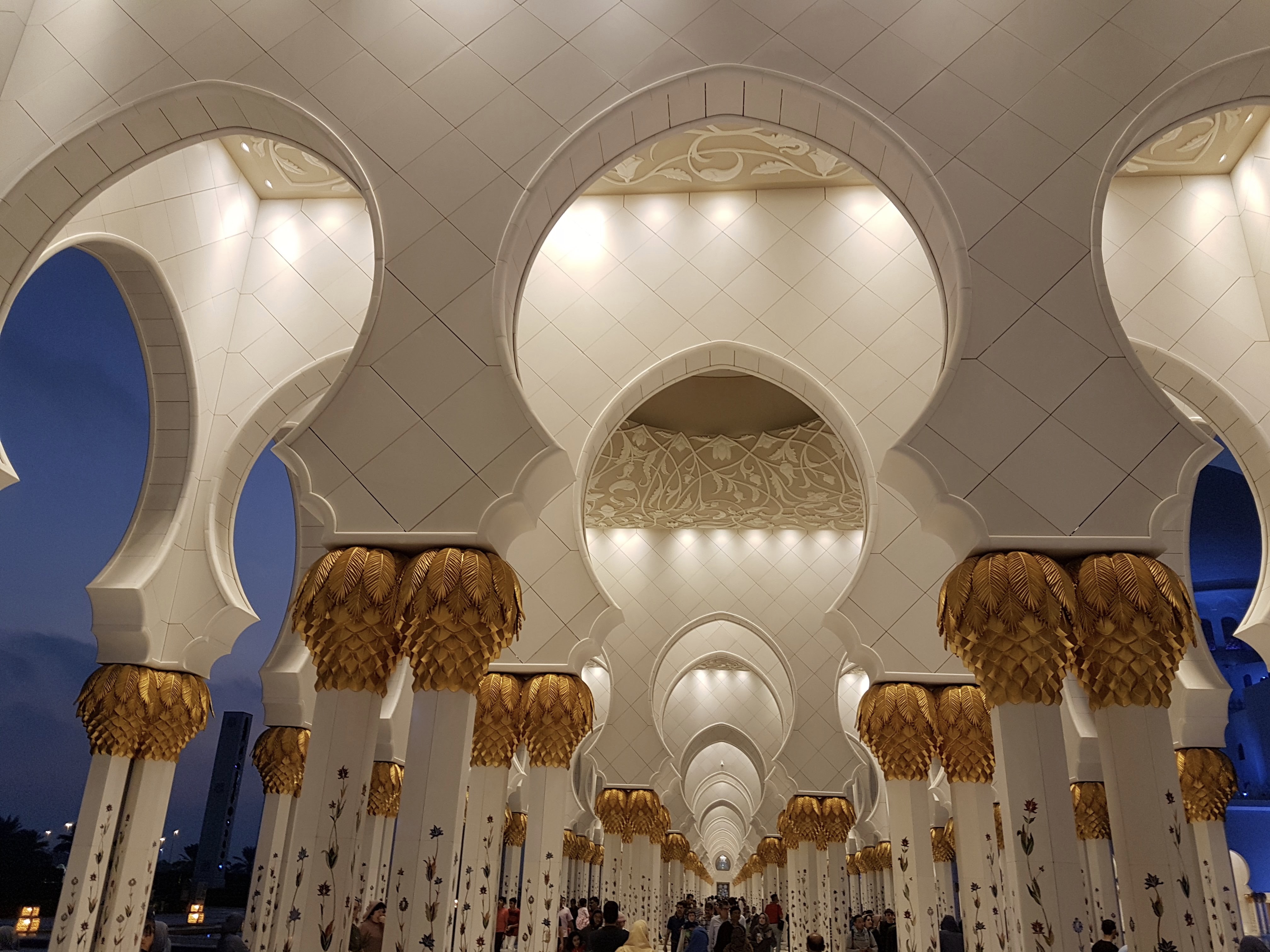 As you enter the main hall there are cupboards and shelves where you can leave your footwear before going inside (socks are permitted). In general most people maintain silence and are busy with photography since photos are allowed within the mosque as an exception. 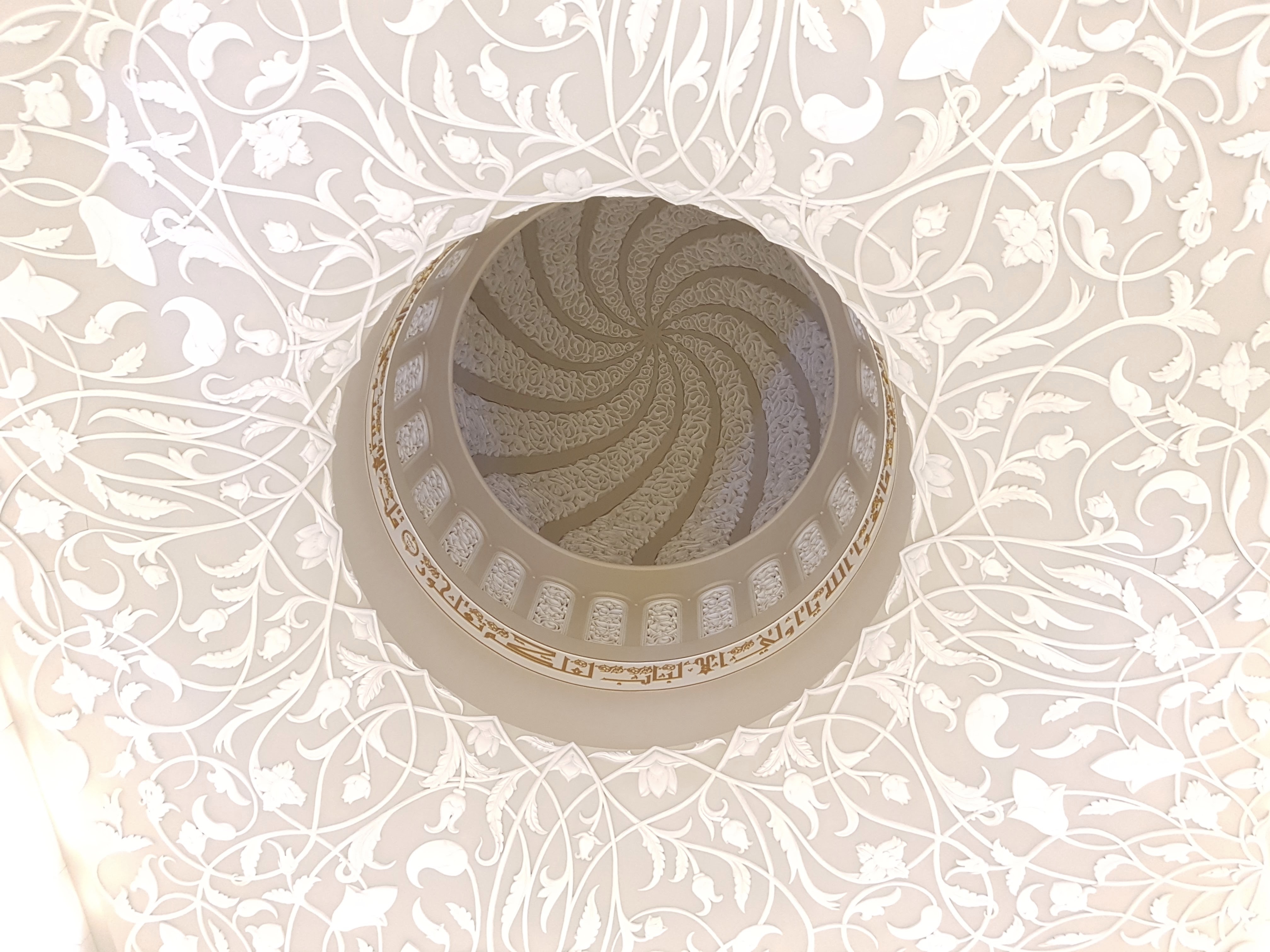 There are toilets around the mosque and specifically facilities for women are better. 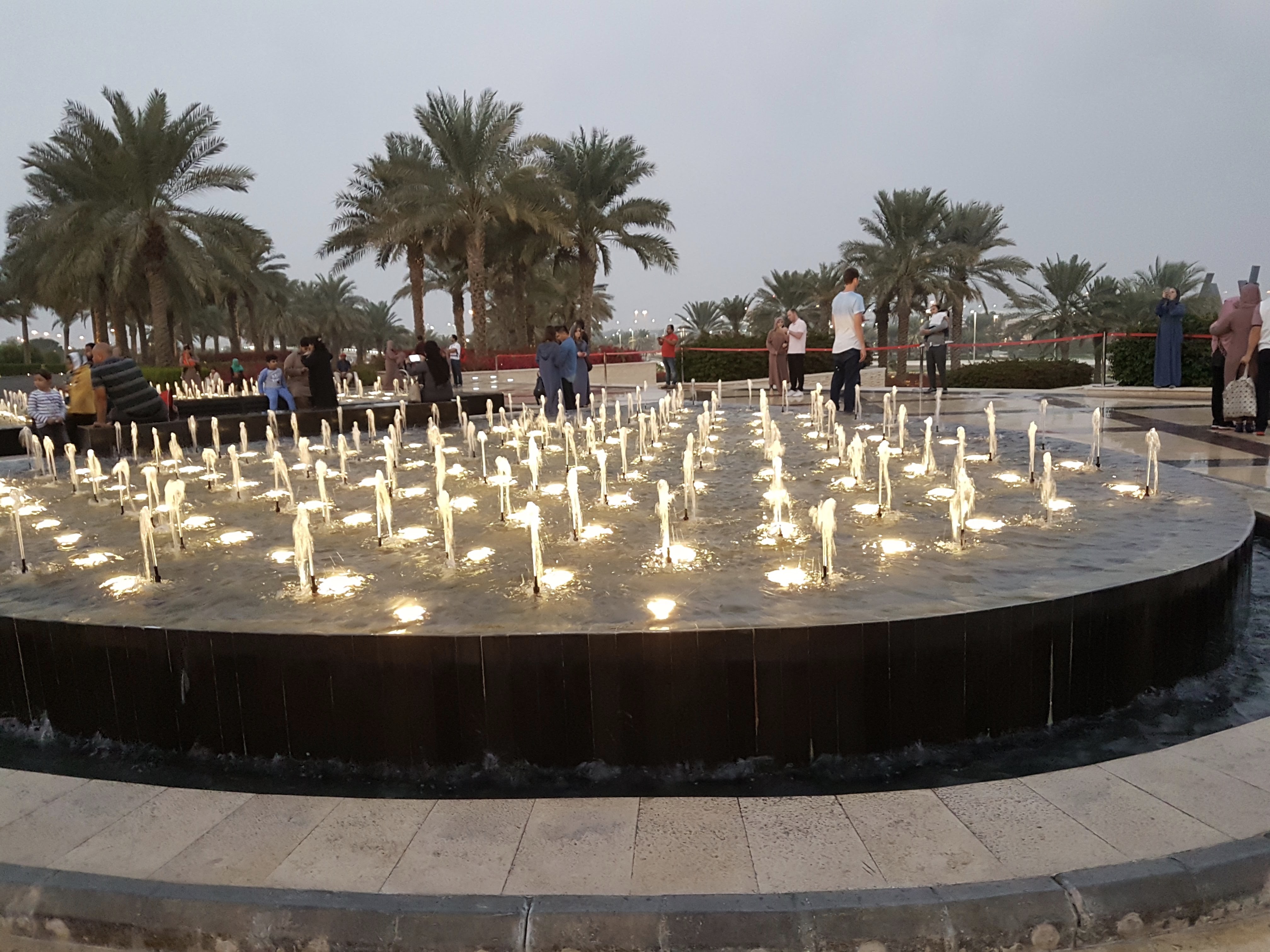 You don’t really need an SLR for enjoying all of this even a mobile camera would suffice. All photos of this mosque in this blog post are taken with the Samsung Galaxy S7, the best in the camera department (until the Google Pixel trumped it) 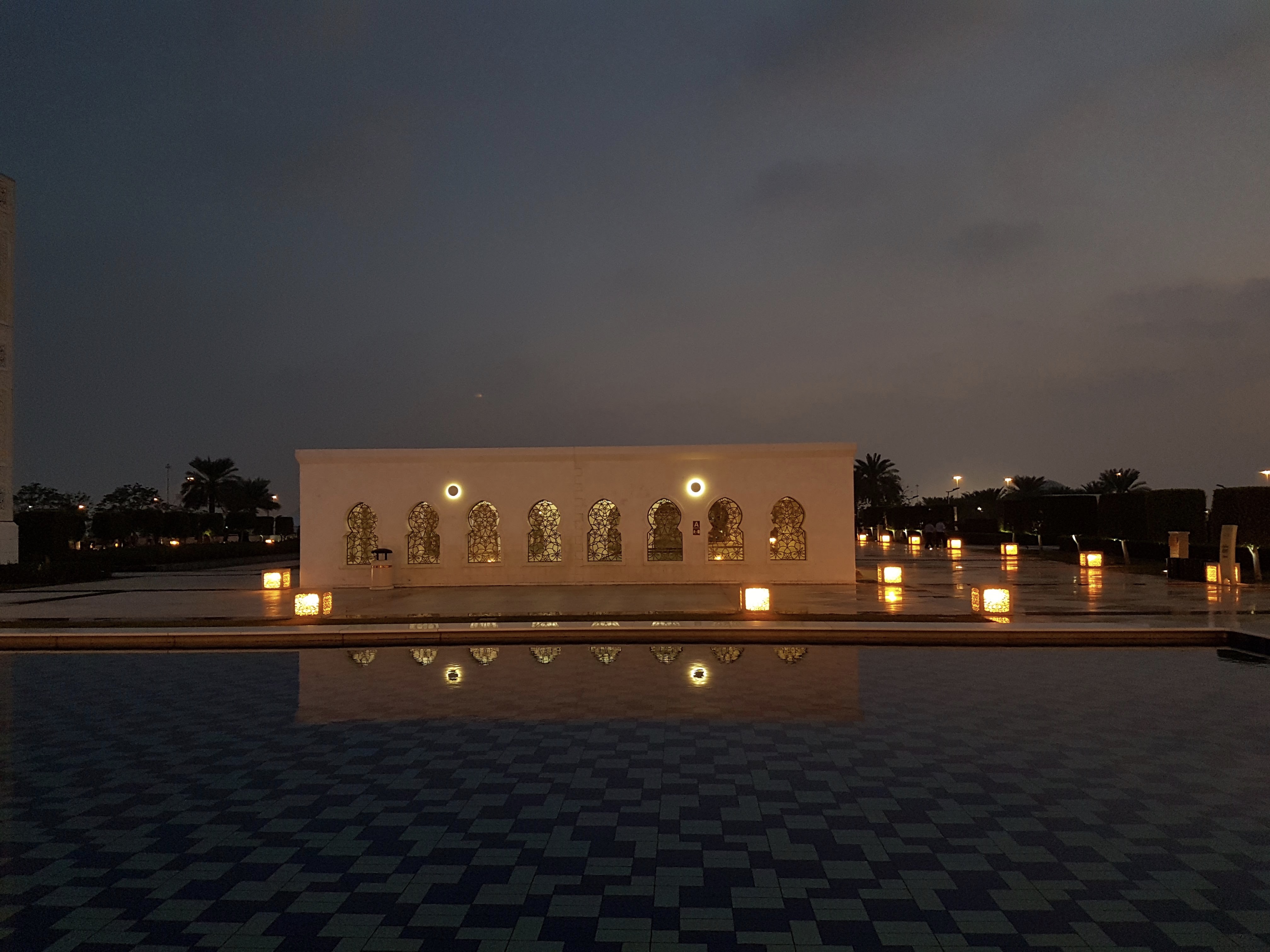 One can easily spend up to two hours in this environment enjoying the beauty of the place.

Do's and don'ts while visiting this mosque 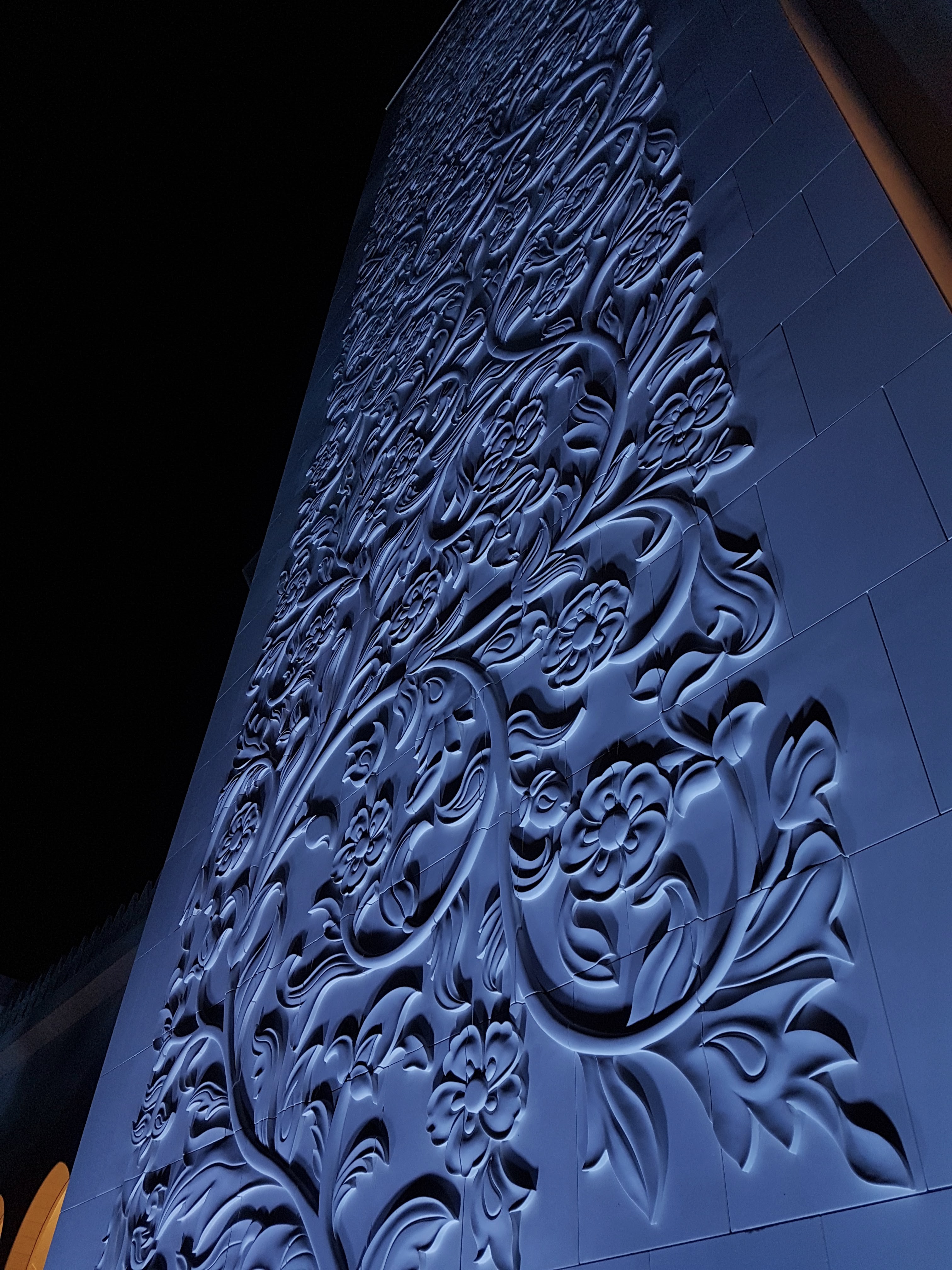 It is important to bear in mind some of the regulations before entering his mask so that you are not surprised when you arrive there. This part of the blog post will try to explain as much as possible how to be prepared while going to see this place. 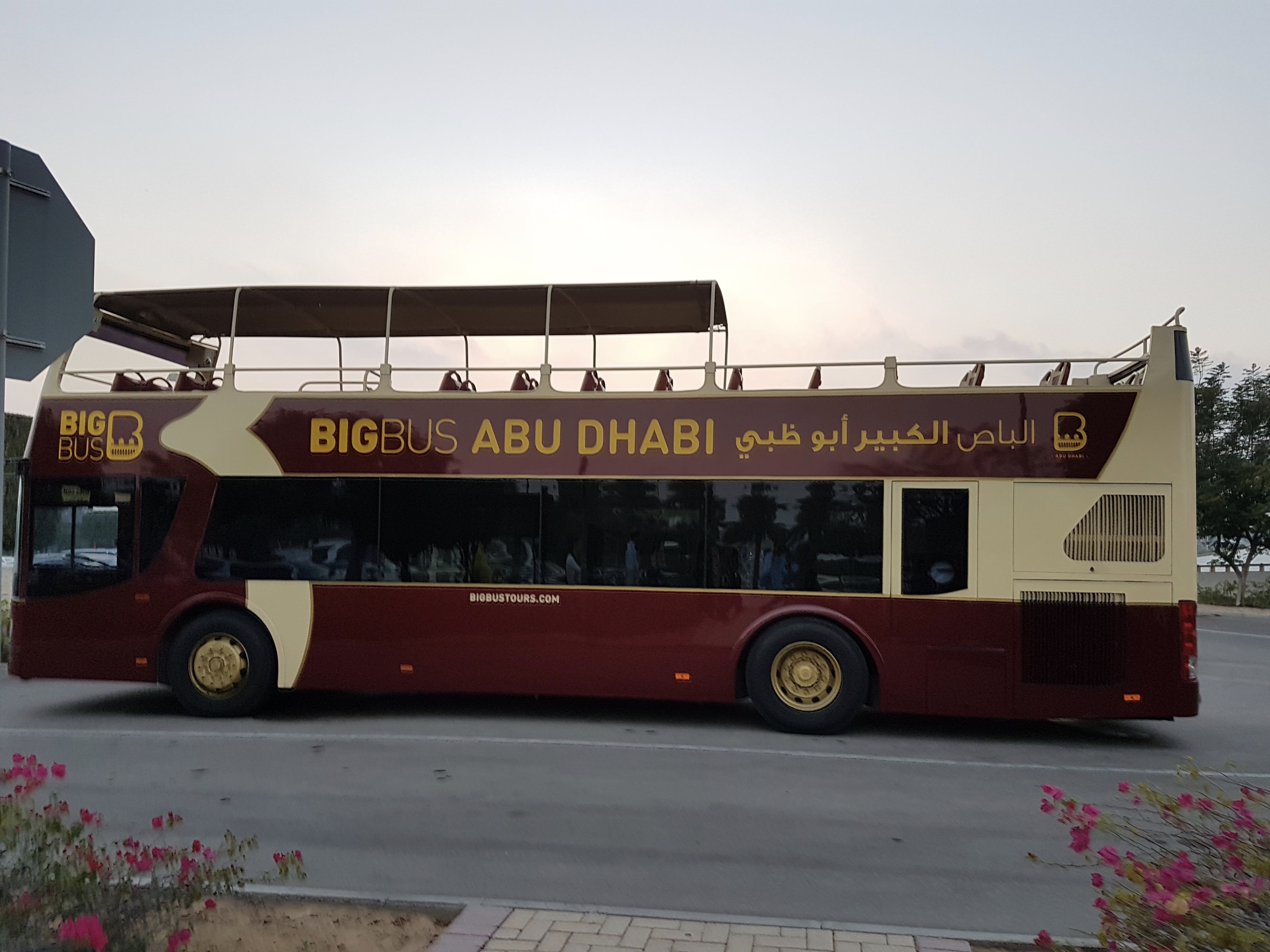 If you liked this post, please consider sharing this with your friends - they benefit from reading content you felt was useful to them, and I benefit from writing more such articles for your reading pleasure.