There was much fanfare over the launch of the green line for Namma Metro, which was considered an important milestone for Bengaluru. There were lots of things which were positive about this development. 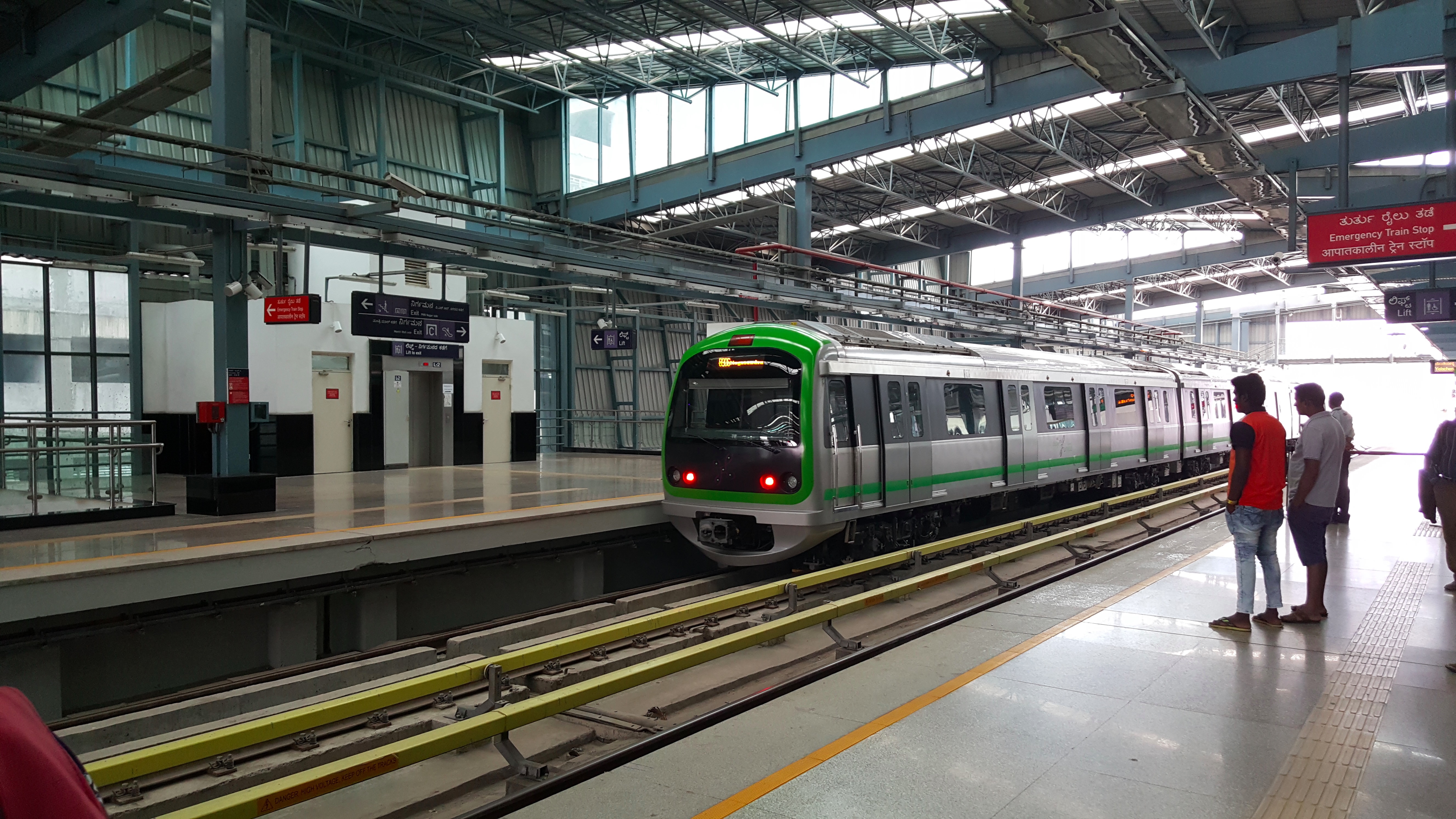 The map from WikiPedia is worth looking at. It shows the exact extent of coverage of the Metro within the city with the Green and Purple lines 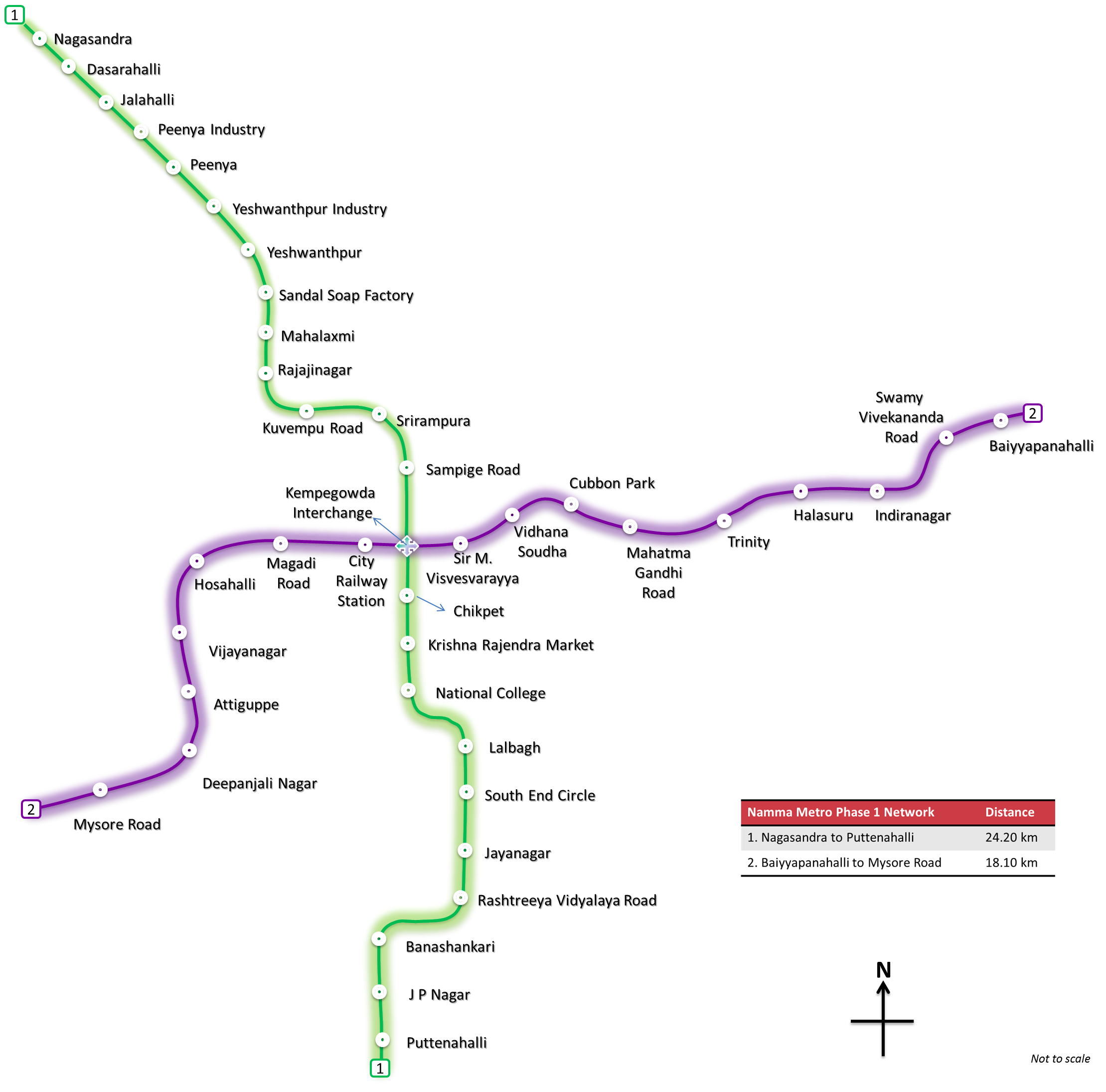 While the east to west Bangalore covers about 18km of distance, that of South to North covers about 24km of distance. In absolute numbers this is relatively decent but the real extent is seen in the benefits for the passengers. 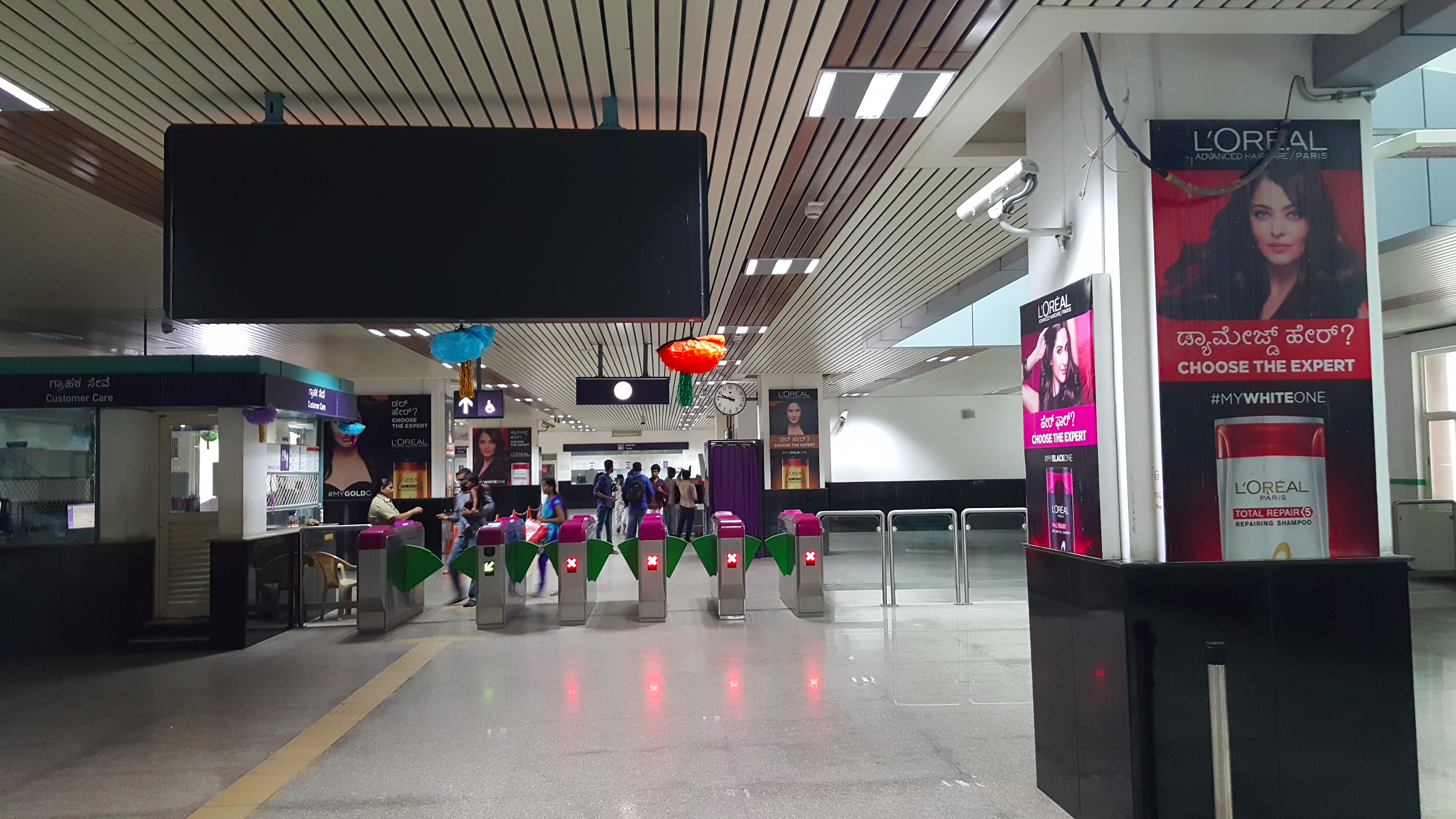 Important areas are now more accessible such as the city central railway station, KR Market, Vidhana Soudha and Malleswaram shopping areas. Puttenahalli and JP Nagar are residential and semi industrial areas, Banashankari has a Bus terminal which is a major interchange connecting different parts of Bangalore. RV road, Jayanagar and south end circle are areas of commercial activity and green spaces including Lalbagh as well as educational institutions such as National College, BMS College, KIMS, etc. 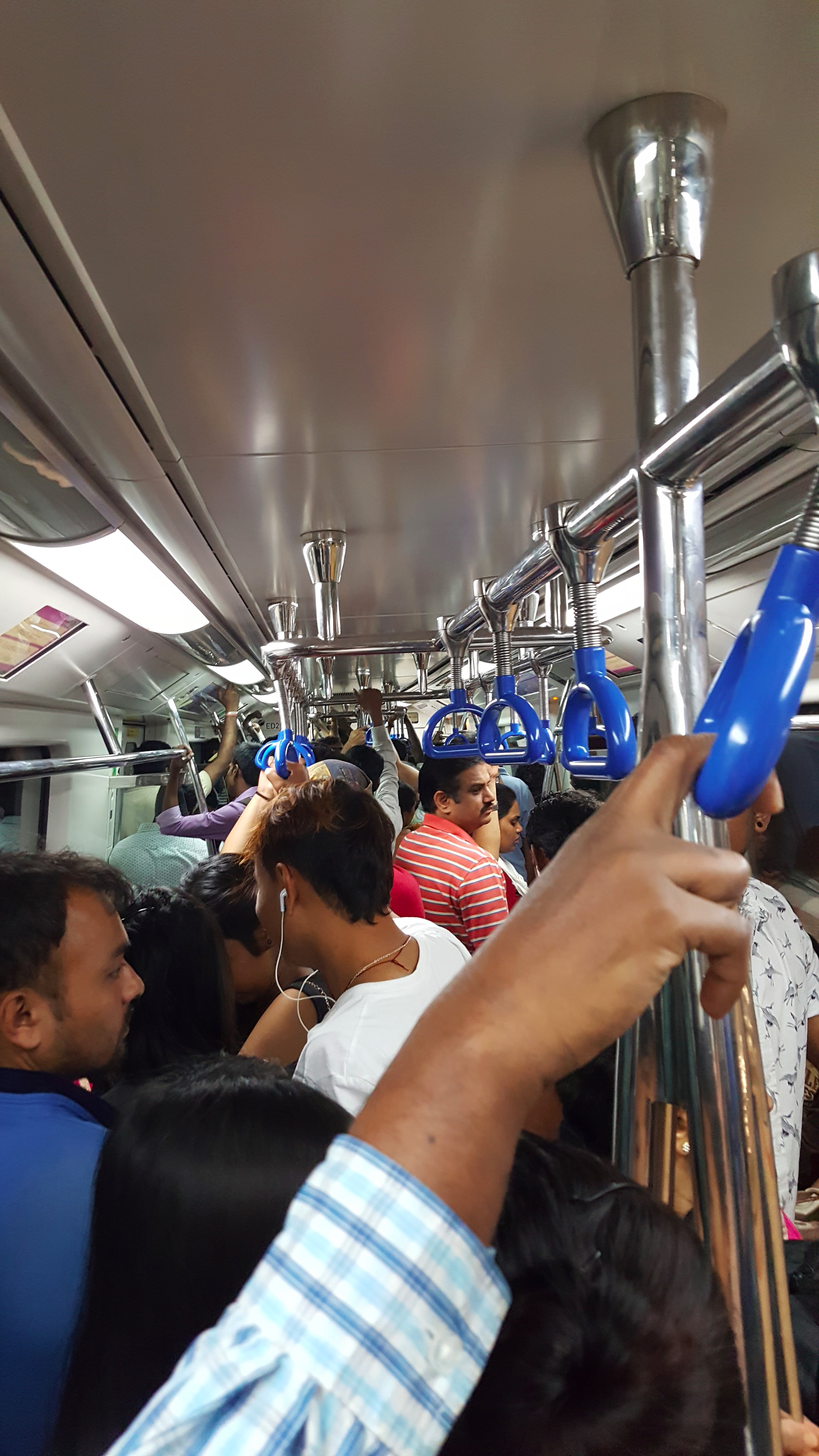 KR Market and Chickpet are some of the oldest areas in Bangalore and hosts the famous shops of SP Road, vegetable and fruit markets as well as shops selling lots of other stuff from photo frames to books and everything in between.

People who travel from Banashankari are now able to reach Byappanahalli much more easily and this reduces the time it takes for them to come to work which was otherwise a good 2 hours each way during the day.

Similary connections to North Bangalore and shopping areas such as Malleswaram is definitely making a lot of people happy as they can now access the many shops in and around the area including the famed Mantri Mall, CTR, Janata, Asha Sweets, Veena Stores and many more.

In fact Mantri already boasted of Greens in the vicinity but now also has the Centrium with an asking price tag upwards of 4 to 5 crores. Given that for the effluent the metro runs right near their apartment (almost into it) this project is a good buy. The Kempegowda interchange is something to write about in another post. 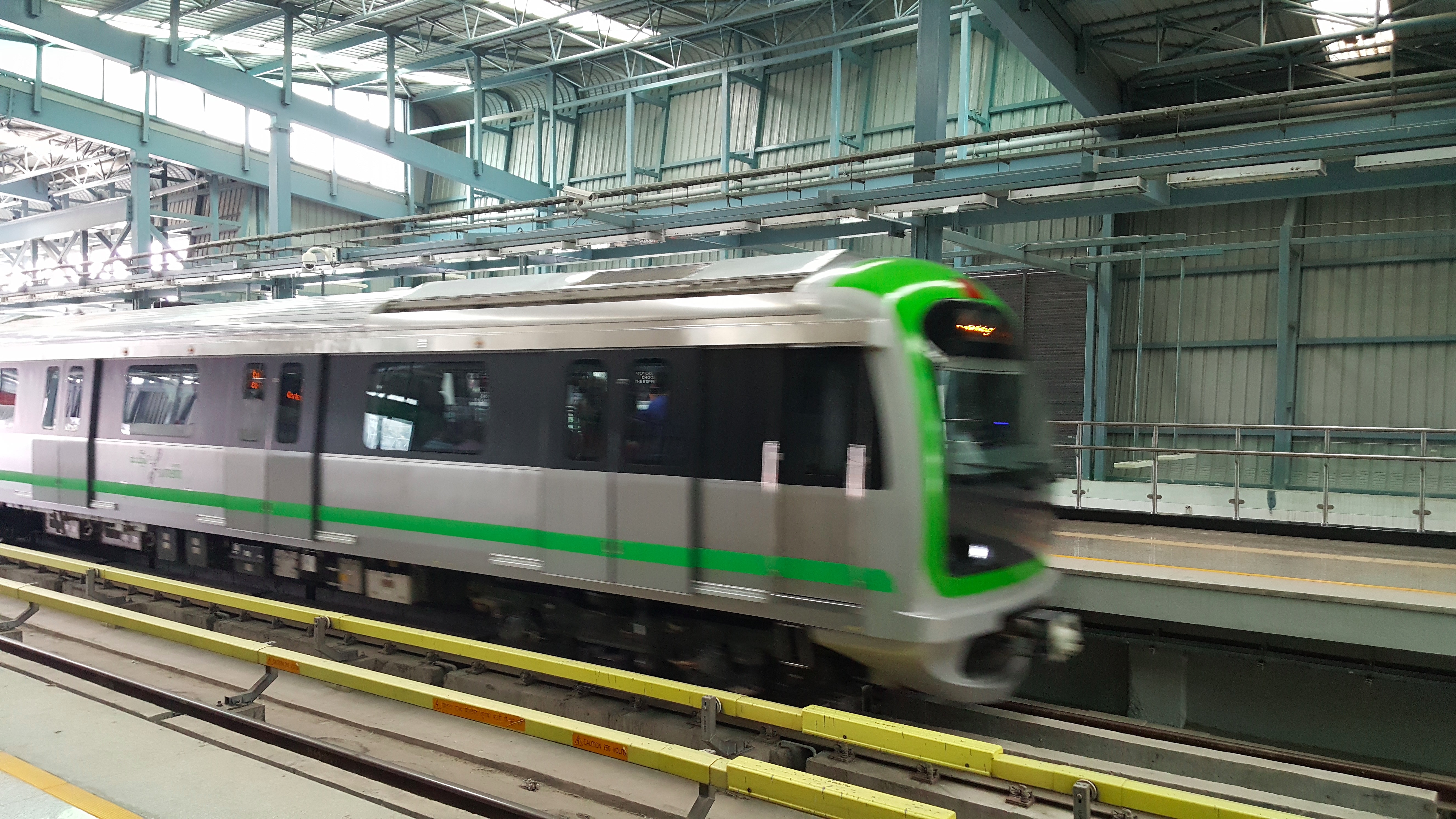 I parked my car at CMH road station and reached Malleswaram in about 30 minutes max which was an otherwise impossible task on a regular weekday. Even on Sunday morning 730am the rush inside the train was unimaginable. Given the frequency is nearly 15 minutes once, this is the most immediate issue that BMRCL will have to solve. With countries like Singapore having an every 2 minute train service, Bangalore seems like a tortoise, but I guess the government will understand this sooner than later. 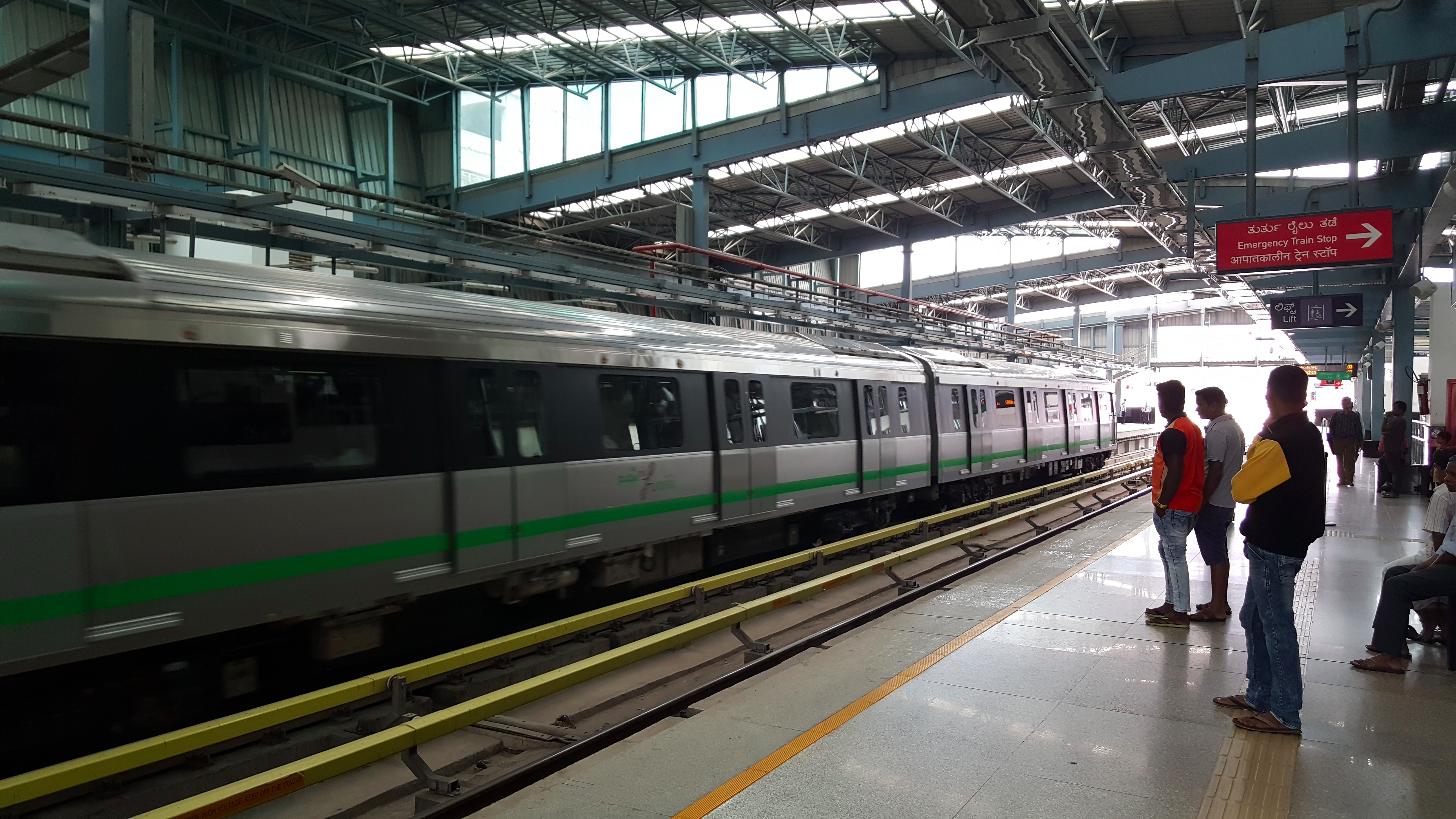 I had to take tokens from CMH to Malleswaram and the cost for 4 people one way was 112 rupees. Its not exactly steep but its not exactly cheap either. For me by cab the entire journey for the same place would be about 200 bucks for 4 people. Its almost on par with nations like Singapore who charge about 2-3$ for an up and down journey. 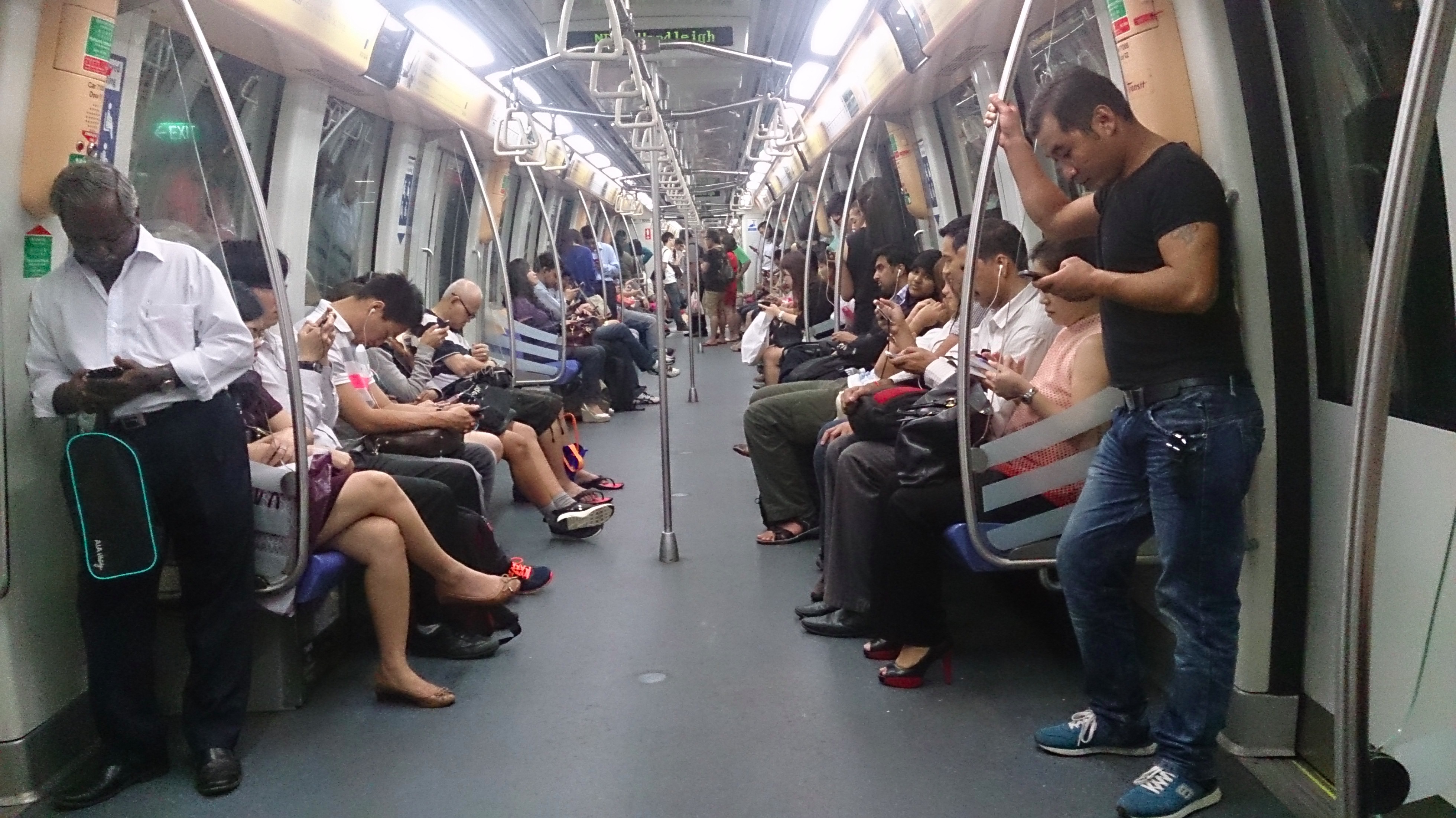 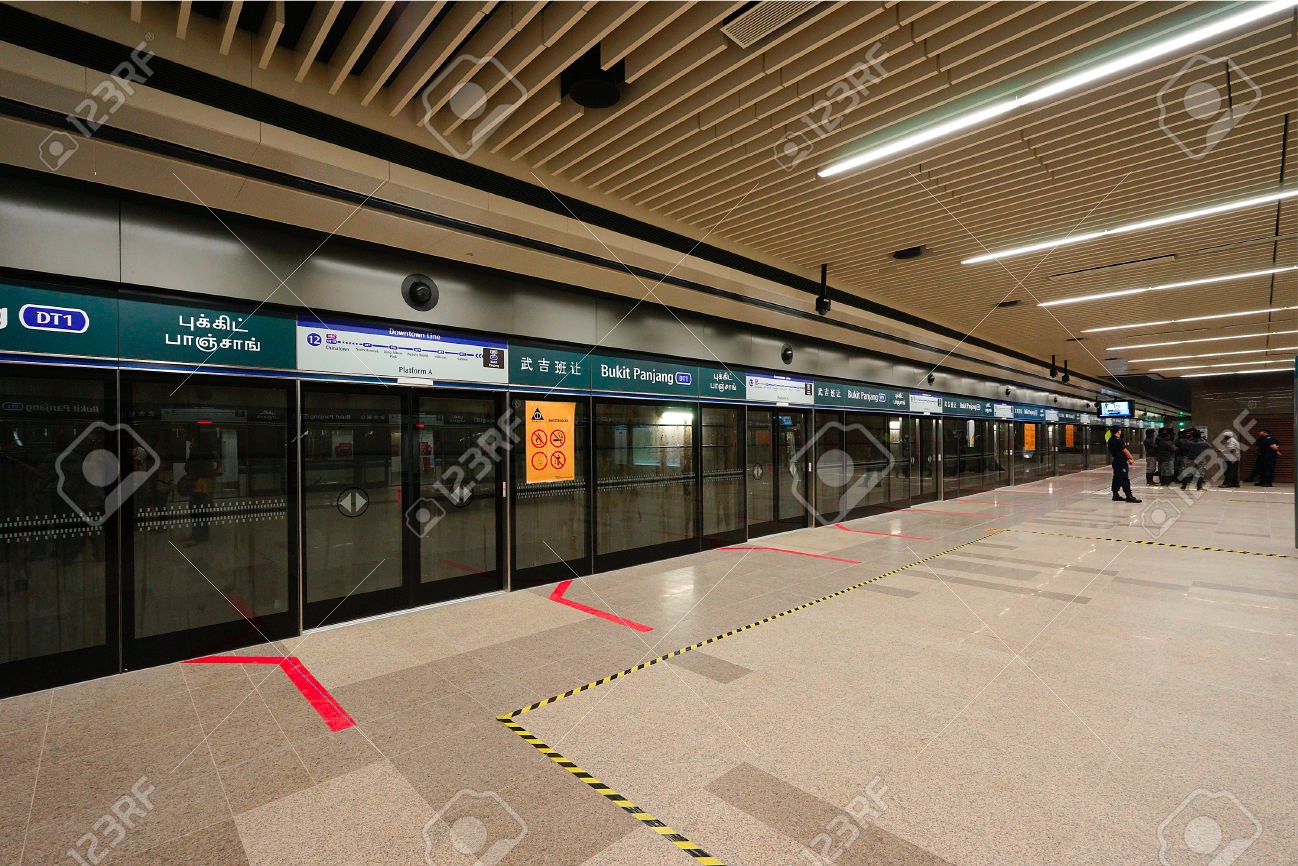 This said the reason I keep comparing to Singapore is simple. They have one of the best MRT and LRT services in the world (of course the London Tube is much more complex no doubt). 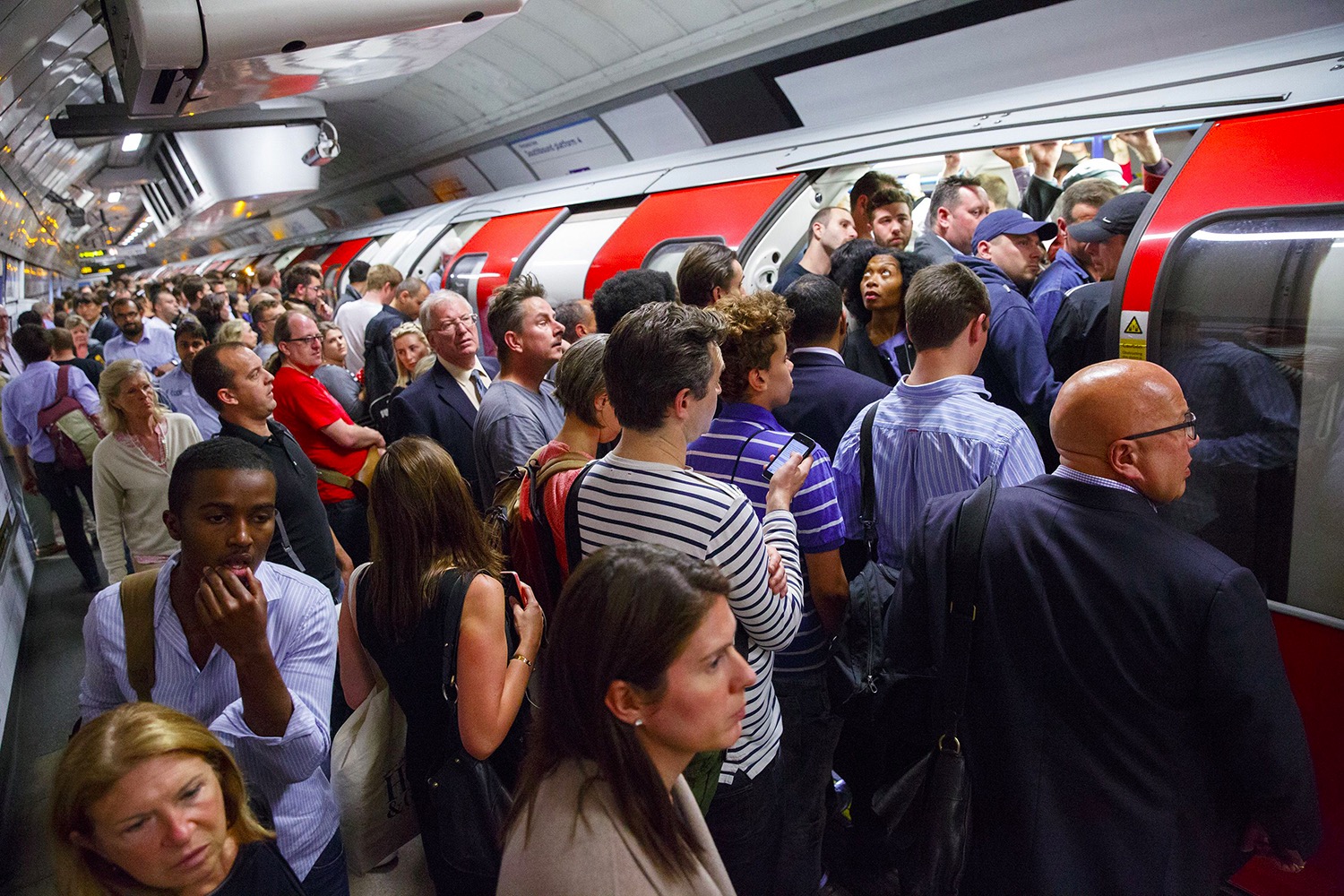 In another post let me tell you about my visit to CTR using the train :-)