This was a long pending post from my side and I finally found some time to write on this topic. I had a chance to plan a trip to Dhanushkodi and got the opportunity to stay at Astoria Hotel in Madurai for a day. This is a business hotel and I needed a stay only for a day so I chose the hotel.

A few notable things about this hotel are the following 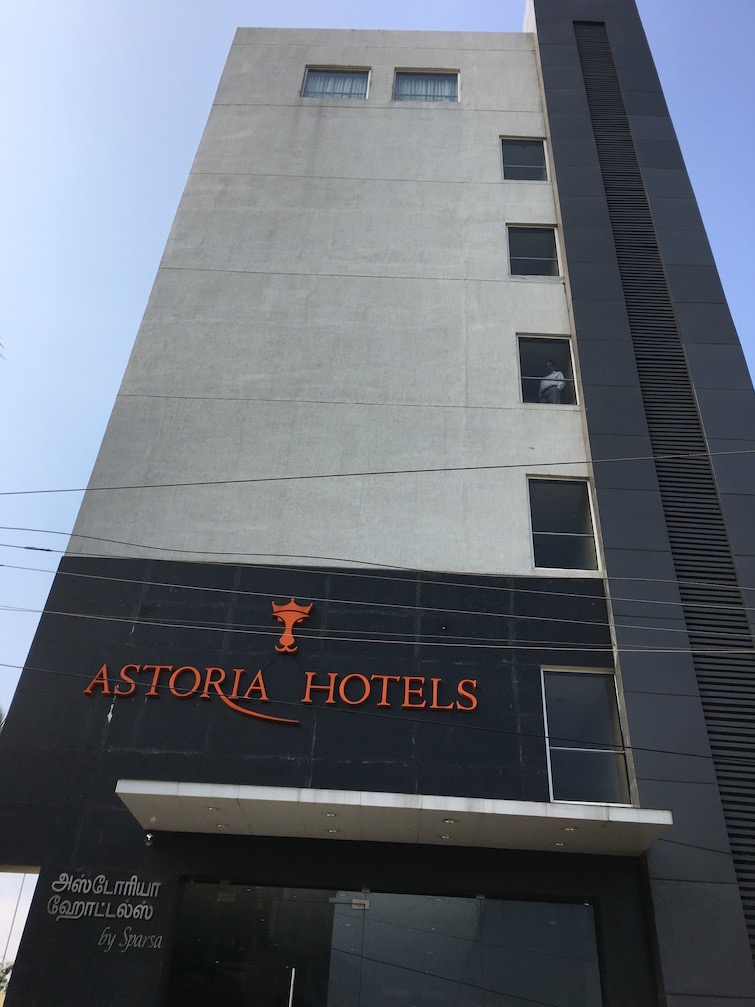 The front facade of the hotel is one vertical block which mostly present the corridor end windows and the conference room windows on the top floor. There is no access to the terrace as such for visitors.

The entry lounge is good with ample light and seating. This hotel offers 24 hours checkin and checkout with prebooking via multiple travel portals or directly via calling the hotel. I paid nearly about Rs.5000/- per day which is on the steeper side and includes breakfast along with the room. The rooms themselves were well appointed, but were kind of small. Since its a business hotel, the type of travellers mostly expected are the ones who stay in the hotel for about a day and move on to other places near madurai for their business needs. 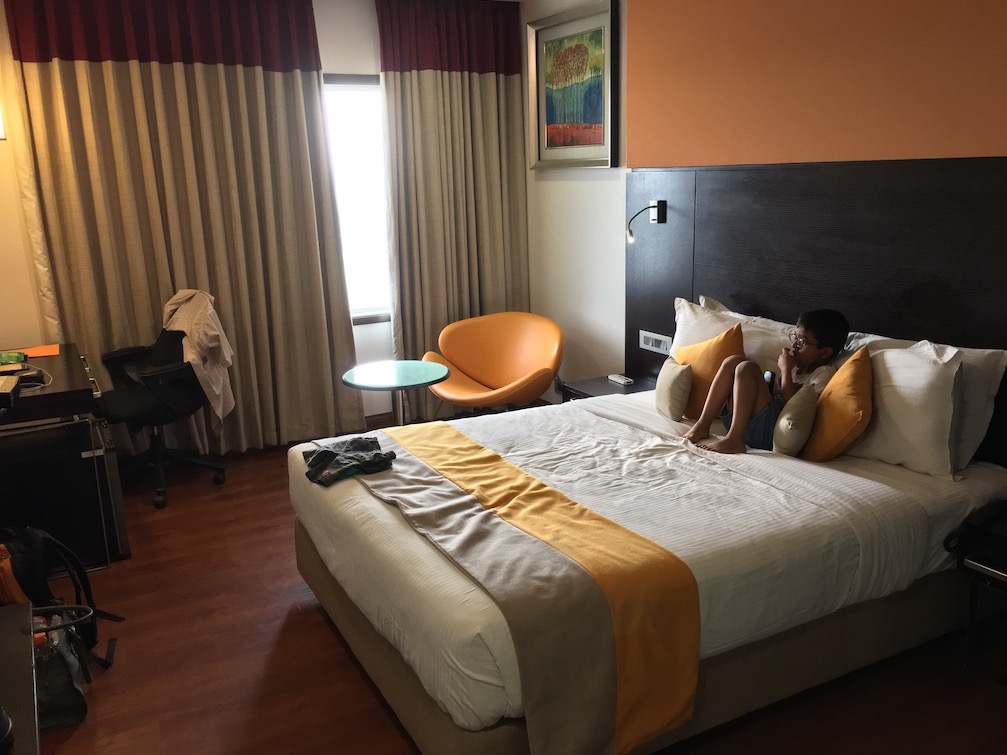 To this extent the rooms offer the comfort necessary from the relentless heat of Madurai. Thankfully I landed there at a time when Madurai received some rainfall the previous day so the city had cooled down a bit from temperatures of over 38 deg C.

The rooms have thick and large curtains shielding all the harsh light coming in, have a study table with a suitable chair, and a small coffee table with a lounge chair. The beds themselves are a bit soft and springy, the types which you can sink into, though my personal preferences would tend towards slightly harder beds which are not known to aggevate back problems. 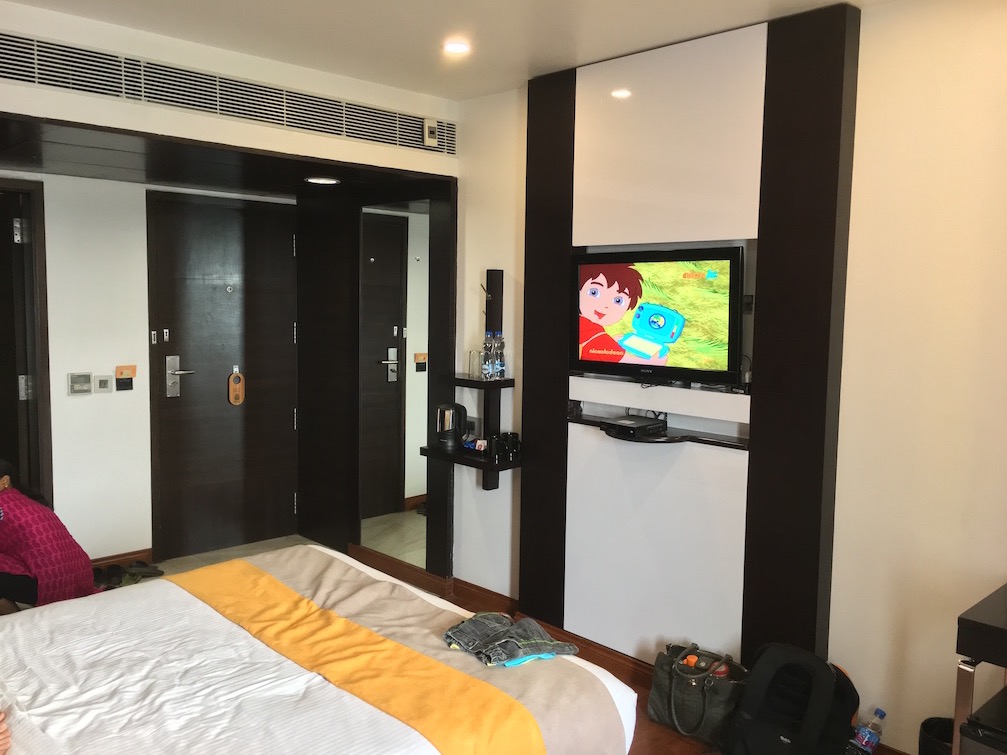 The television set is mounted on the wall and the wall also has shelves that hold the glasses and coffee maker. The bathroom is well appointed though the shower is not movable enough making it spray all the water all over the room. It could have been designed better though it does the job for a business traveller. The bath has dispensable soap machines which is the trend nowadays and in my opinion, I prefer this over hundreds of small soap cakes being produced that go a waste on daily basis.

These days hotels have reached a situation wherein you can also say whether or not you want the towels washed or not in order to save water and effort and I highly value this mode of working as it conserves resources.

The cafeteria was good and well appointed in terms of furniture. The breakfast was expensive on the second day, but on the first day it was complementary. I did use the room service once or twice and found it to be good. The people attending to you at the hotel are quick and respond pretty soon to your requests which is what a traveller looks for.

The food itself was good with lots of variety ranging from indian, western, veg and non veg options and was tasty too. 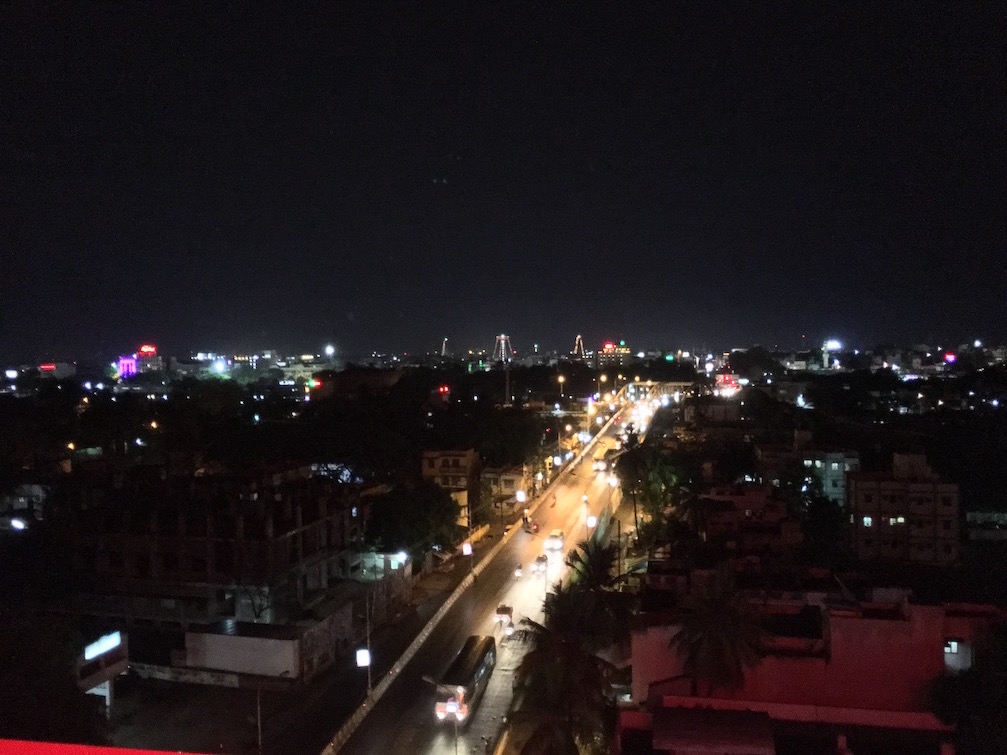 The Astoria Hotel has a view to die for and you can see the Madurai Meenakshi temple very well during the clear nights in the city. The central location, accessibility to Railway station and reasonably close from the airport (~ 10-12km) and a decent variety of rooms, food make this place a business friendly hotel.

If I go again to Madurai, I will stay in Astoria and would recommend this hotel to others too.